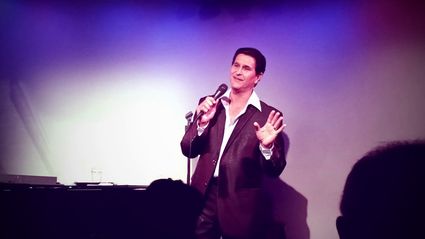 (Honestly, if it wasn’t for my children, my grandchildren, and someday, their children, I wouldn’t be so upset, because how much longer do I have on this earth? But I must worry about the hate that is returning... and also the rise of “white supremacists.”)

One of the safest countries in the world has always been New Zealand. They are also allies with us.

Recently, 50 people (including children) were killed while praying in two mosques. Their murderers were white supremacists.

As victims of anti-Semitism, we cannot tolerate this! No religion, no race, no ethnicity is (or should be) considered less than another.

We must stand with our Muslim brothers!

(As a child growing up in Brooklyn, New York, I had my fill of it. So much so, that I actually learned some “Hail Mary’s” to pretend I was not Jewish (I was five) and maybe the beatings would stop.)

It seems my beloved Brooklyn is being targeted again, as reported by the Jewish Telegraphic Agency: Recently, two Jewish boys were attacked in separate incidents on the same day in the heavily Hasidic Williamsburg neighborhood.

A nine-year-old was repeatedly punched in the face as he was walking with his mother. Soon after, a 12-year-old was attacked about a block away.

Also, a metal pipe was thrown through a synagogue window, harming two children inside.

In the Greenpoint section of Brooklyn, several painted swastikas were found within a block of each other. Two were accompanied by the letters “WP,” standing for white power.

Okay, I need some lighter news about now...

On Sunday, April 14, beginning at 2 p.m. at Congregation Ohev Shalom, 613 Concourse Parkway South, Maitland, the C.O.S. Senior’s will meet. (Please note that this is the second Sunday.)

The featured entertainer will be the fabulous WILLIE CINTRON. Known as Willie “C,” he is truly a singer extraordinaire in all music genres. He is an entertainer, singer, tribute artist who sings the classics from (my favorites) The Great American Songbook, plus DooWop, Oldies, Motown and Love Ballads, Smooth R&B and Classic Soul, Disco and Contemporary. (What! No Crap... oops Rap?)

Willie is the founder and lead singer of his tribute band “Sounds of the Season.”

There will be complimentary refreshments (and my favorite cookies with no calories) prior to the performance... so plan to come early!

The charge of admission is $5, COS Senior’s; $8, nonmembers. Everyone is welcome!

(Looking forward to seeing you there... but DON’T eat my cookies!)

David Litt entered the White House in 2011 and left in 2016 as a special assistant to the president and senior presidential speechwriter.

Described as the “comic muse for the president,” David was the lead writer on four White House Correspondent’s Dinner presentations and has contributed jokes to President Obama’s speeches since 2009.

The Jewish Pavilion extends a warm welcome to Cantor LANCE RHODES, who has accepted a position as a program director in Orlando. His territory includes South Orlando. He will be working with the elderly in more than 15 senior communities.

Lance has much experience as a cantor at several congregations. He is currently working with teen leadership at the Congregation of Reform Judaism and performing life cycle events.

“We are very excited to have Lance join our team,” says NANCY LUDIN, CEO. “His warm personality, experience and musical talents make him an ideal candidate for this position.”

On Sunday, March 31st, in the JCC Senior Lounge at 2 p.m., the movie “Crazy Rich Asians” will be featured. Refreshments will be available. 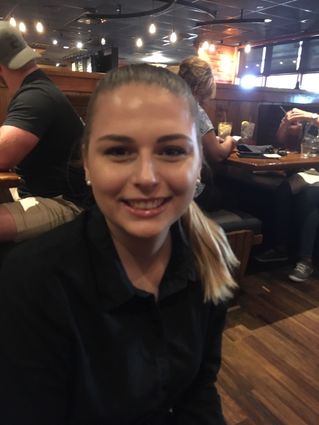 While dining at the Outback Steakhouse on Aloma Avenue in Winter Park, Manager AMBER CRAPPS, stopped at my table to make sure I was being treated well. (THAT WASN’T NECESSARY!) My server was the sweetest, the kindest and most efficient waitress named ALEXA ALLEN. She even took out all the calories so I wouldn’t get fatter!

Jeffery Rosenberg, a rather innocent young man, is getting married. On the eve of his wedding night, he goes to his mother and asks, “Mom, why are wedding dresses white?”

The mother looks at her son and replies, “This shows everyone that your bride is pure.”

Thoughtful, Jeffery goes to his father and asks, “Dad, why are wedding dresses white?”

His father looks at Jeffery in surprise—“All domestic appliances are white!”