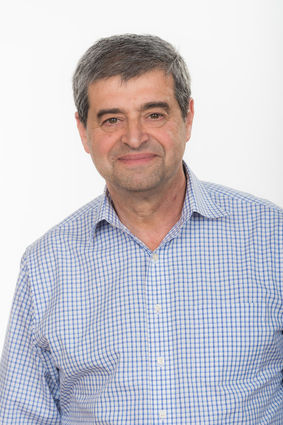 Enjoy a day of learning, spirituality, and kosher dining at Temple Israel's Shabbaton on April 13. This community event begins at 9:30 a.m. with a Latino Shabbat morning service, followed by a kosher Kiddush lunch. Guest Speaker Dr. Luis Fleischman will give a Dvar Torah on the Boycott, Divestment, Sanctions movement. At 2 p.m., hear Dr. Fleischman speak on "The Influence of Iran in Latin America." A Mincha service follows at 3:30 p.m. End the day with a delicious kosher Shabbat dinner from Sage Catering.

Dr. Fleischman is a professor of sociology at Palm Beach State College and a senior adviser to the Menges Hemispheric Project at the Center for Security Policy based in Washington, D.C. He has worked in the Jewish Federation system for almost three decades in both the Jewish Federation of Palm Beach County, Florida, and Central New Jersey as vice-president and executive director for community and political relations. In that capacity, he has worked intensively on issues related to the Middle East and national security, serving as a liaison between these organizations and members of Congress, foreign consuls, the media, and the local community. He has dealt with issues related to the threat of a nuclear Iran, the security of Israel, and counterterrorism efforts. Within that role, he helped lead the effort to apply sanctions on Iran in the state of Florida, the first state to impose such sanctions.

Additionally, Dr. Fleischman organized programs and activities to combat anti-Israel boycotts and to educate people about the distortions of the BDS movement.

At the Center for Security Policy (CSP), focusing mostly on Latin America and its challenges to democracy, regional stability, and U.S. national security, Fleischman is the co-editor of the CSP publication The Americas Report. He is also the author of "Latin America in the Post Chavez Era: A Threat to U.S Security" (Potomac Books, 2013), a comprehensive analysis of Venezuelan President Hugo Chavez's revolution and its impact on the region's human rights and democracy. Likewise, he has focused on how the regime in Venezuela has created a security problem for the region and the United States.

Dr. Fleischman also writes regular opinion pieces, news articles, and academic essays published throughout the United States and Latin America. He has written congressional testimonies on Latin American affairs and regularly provides briefings to members of Congress and staffers. He is a frequent guest of TV and radio programs in English and Spanish in the U.S and Latin America.

Dr. Fleischman holds a Ph.D. in Sociology from the New School for Social Research in New York City, an M.A. from the New School, and a B.A. in political science and labor studies from Tel Aviv University. He also served in the Israel Defense Forces and received the rank of Sergeant. He is fluent in English, Spanish, and Hebrew. Dr. Fleischman has taught in a number of universities and colleges, including Florida Atlantic University Honors College and FAU Lifelong Learning Society, Barry University, and Kean University of New Jersey.

The cost is $18 for Temple Israel members and $25 nonmembers, with $60 max for family of 4 or more. Children under 3 are free, and sponsorships are available for $50. Babysitting is free for those who pre-register and $5 for same-day registrants. Please RSVP for dinner by Monday, April 8 to 407-647-3055 or administrator@tiflorida.org.

For more information and to RSVP for dinner, please call 407-647-3055 or email administrator@tiflorida.org.