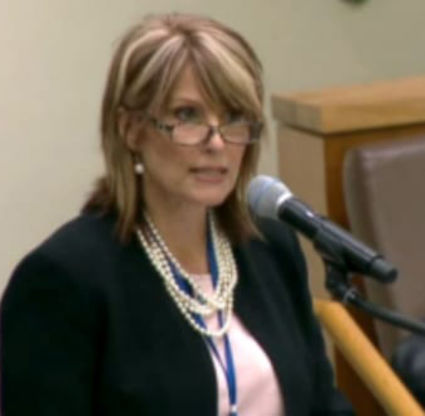 Laurie Cardoza-Moore has called on President Trump to have Ilhan Omar's connections to the subversive Muslim Brotherhood thoroughly investigated.

"If an organization which seeks the demise of America has managed to infiltrate Congress, it might be time for the commander-in-chief to take action," Cardoza-Moore, president of Proclaiming Justice to The Nations and show host of the program "Focus On Israel," stated to 4,000 media professionals at the National Religious Broadcasters convention in California earlier this week.

"Tens of thousands of American patriots have signed our petition to have Ilhan Omar ousted from Congress over her anti-Semitism and connections to the subversive Muslim Brotherhood. I have personally requested that the attorney general and speaker of the House investigate these ties; which pose a real threat to the security of America. We cannot afford to be silent, with terror supporters in Congress," she said.

In a direct message to the president, Cardoza-Moore added: "I want to thank you for having the courage to move the U.S. Embassy to Jerusalem and recognizing Israel's rights to the Golan Heights. I am also making a plea; two weeks ago we petitioned Attorney General Barr to launch a full and thorough investigation into Ilhan Omar's ties to Muslim Brotherhood front groups and her fundraising activities for CAIR and Islamic Relief USA. We have also petitioned Speaker Pelosi to remove Ilhan Omar from Congress because of these associations and her anti-Semitic attacks. President Trump, I am respectfully asking you, Sir, to charge AG Barr to execute this request. Ilhan Omar has repeatedly made anti-Semitic statements that could incite violence against our Jewish communities and the State of Israel."

Proclaiming Justice to The Nations, a 501c3 non-profit organization, was established to educate Christians about their biblical responsibility to stand with their Jewish brethren and Israel against the rise of global anti-Semitism. "Focus On Israel" reaches a global weekly audience of over 2 billion viewers.