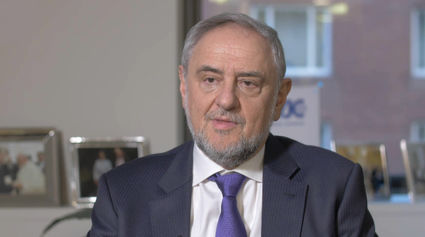 First... let me wish all of you a happy Pesach. May you and yours face the coming year in good health and with much happiness.

Sadly, our family faces a tragedy this Passover. The young South Carolina college student, Samantha Josephson, who thought she was getting into an Uber, but was murdered and raped (in that order) is a member of my family through marriage. Lord give us strength.

I read this in the World Jewish Congress digest under the heading "In Wake of Pittsburgh Attack, Facebook and Instagram Take Steps Against Online Anti-Semitism." The article reads as follows:

"Instagram removed more than 12,000 posts using the hashtags '#911 was done by Jews' and #Jews did 911,' which spread conspiracy theories regarding the Pittsburgh massacre. Facebook removed accounts associated with the far-right group called The Proud Boys, citing hate speech and incitement that violate Facebook policies.

Both Facebook and Instagram have taken a strong and important step by vigilantly monitoring and removing content that could easily contribute to incitement and violence against Jews,' said WJC CEO and Executive Vice President ROBERT SINGER. 'Social media is by far one of the most important tools today in spreading ideas and news, both real and fake,' he continued. ' We are pleased that Facebook and Instagram are taking seriously their moral responsibility and the impactful role they play in shaping public opinion.'

There is still much to be done to counter anti-Semitic narratives and better educate people about the Holocaust and the dangers of xenophobia and hate speech. Across online platforms, such content is still accessible. We must continue to work together to flag this material, and to remain vigilant in helping the companies to be able to enforce their own guidelines to this effect."

While leaving Toojay's Restaurant last week, I spotted a very handsome, older man who was complaining about his high calorie, (he doesn't have a weight problem) sumptuous cheesecake he was in the process of devouring. Seated across from him was a lovely lady.

I stopped to talk with them and found that they read my column (and enjoy it)!

The gentleman's name is ROBERT GELLER. He is a well-spoken, well educated, formidable guy. He moved to Orlando in 1953 and joined Joe Wittenstein, a native born Orlandoan, in a growing CPA practice. They were the first Jewish CPA firm in Central Florida!

Both were business partners for 25 years, before Joe retired. Joe passed away several years ago. Robert's wife of 70 years also passed away, only one and a half years ago.

As we talked we realized we had much in common. Robert was born in the lower east side of Manhattan and grew up in the Brownsville section of Brooklyn. (I was born in Brownsville).

Inspite of his years, Robert keeps in great physical and mental shape by doing line dancing, ballroom dancing and Zumba. (I was a professional dancer when I first started in show business). He also takes Spanish lessons and serves on the Village On The Green, Longwood, finance committee as well as the resident council and health care committees. The pretty lady he was with that day is DIANE MILLER. She resides in Village On The Green and is a registered nurse. I found out that she and I attended the same high school (Samuel J. Tilden H.S. in Brooklyn!)

(I love going to Toojay's for their matzo ball soup. Who knew that the visit that day was going to be so much more exciting!!!!)

On April 28th, beginning at 2 p.m. in the JCC Maitland Senior Lounge, the movie will be "There will be Blood." Refreshments are also available.

After the presentation, complimentary refreshments will be served.

Parents don't have to take off from work when school is out. Just send your child (kingergarten to grade 6) to the JCC for a day of games, sports and more!

There are sibling discounts also.

School is closed, but the JCC is open. Come spend the day with your friends enjoying all that is offered. From art to sports to science, you're sure to have a blast! The dates are from April 22 to April 26th.

(I want to have a blast too! How about a day of knitting and crochet, reading while rocking in the rocking chair, learning to use a walker, etc.?)

How about volunteering? (A better idea!)...

If you would like to do a real mitzvah and give back to the community, why not volunteer with the Jewish Pavilion? From one-on-one visits, regular programs, holidays or office work, you can make a difference in an area close to home at your convenience.

After my grief support meeting, friends and I went to Outback Restaurant, Aloma Avenue, Winter Park, to relax and enjoy. Our waiter was simply a doll! His name is ELIJAH DRIGGERS. Not only is he good at his job, he is super-good looking!

Christine and Daniel fall in love and decide to get married­-but only on condition that Christine becomes Jewish. So she goes to see Rabbi Levy for some advice. 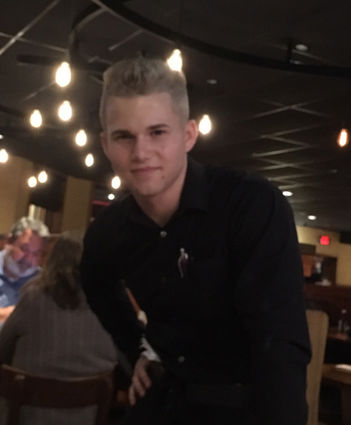 Rabbi Levy tells her, "You will have to learn how to keep a kosher home, light shabbes candles, keep two sets of crockery and a few other simple things."

"That sounds easy to me, rabbi," says Christine, "I can easily do that."

Then Rabbi Levy says, "The last thing is, you must go to a mikva."

"It's a pool of water," answers Rabbi Levy, "and you must immerse yourself completely for a few seconds."

"I'm sorry, rabbi, but I have a phobia about putting my head underwater. I'll go into the water up to my chin but I won't put my head under the water. Will that be OK?"

"I suppose it will do," replies Rabbi Levy, "you'll be mostly Jewish but you will still have a 'Goyisha kop'."