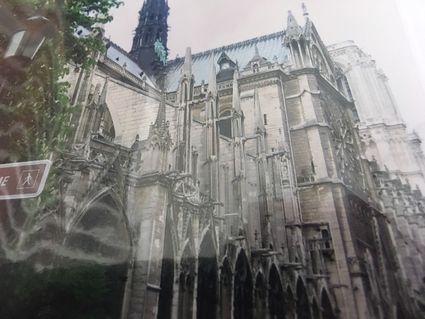 I write in advance...

(Actually, almost 2 weeks after the event that shook me to the core).

In 2006, my late spouse and I visited Notre Dame Cathedral in Paris, France. (Of course, not for religious purposes, rather because we considered it one of the wonders of the world and because it is more than 8 centuries old.)

I hope it will be rebuilt... and soon, so my children and grandchildren can visit.

And speaking of Paris...

According to the World Jewish Congress, "In Europe, Judaism is once again under attack."

In Paris, Brussels and Copenhagen, Jews have been murdered on the streets.

In numerous locations across the continent, Jewish cemeteries, synagogues and memorials have been desecrated with swastikas.

And reminiscent of the 1930s, black-shirted neo-Nazis are marching, openly espousing their anti-Semitic vitriol once again.

Most recently, hundreds attended a march in Sofia, Bulgaria, to celebrate the legacy of Hristo Lukov, who was complicit in the deportation of more than 11,000 Jews from Greece and Yugoslavia to meet their deaths in Treblinka. This march is now an annual affair that features dark-clad demonstrators, often clutching torches. (Reminds me of Virginia.)

But anti-Semitism in Europe is not only perpetrated by booted, black-shirted thugs... it also comes delivered by seemingly respectable people under the guise of the growing Boycott, Divestment, Sanctions movement, which is gaining momentum and threatens the economic existence of Israel.

(We cannot stand by in silence as Jews die in Europe, and neo-Nazis and anti-Semites march through our streets in the same dangerous manifestation of the very ideology that brought about the near destruction of European Jewry. We should not tolerate any form of anti-Semitism that threatens the Jewish state. And little by little, the United States is becoming as threatened. BE AWARE!)

Our precious holiday of Passover recently passed. But, our exodus from Egypt was not the end of our story. Rather, it is the beginning of a historic struggle that continues to this day. So while we retold the story of Passover this year, and celebrated the freedom of the ancient Israelites, an increasing number of Jews around the globe are facing intolerance, harassment and violence... and the situation seems to be worsening. Let us remember that all Jews are responsible for one another. Together, we must remain vigilant against the resurgence of anti-Semitism, which is rearing its ugly head around the world, including in the United States.

(With Pesach over, now is the time to call attention to the urgent threats that many Jews still face on a daily basis.)

On Sunday, May 5th at 2 p.m. in the senior lounge of the Maitland JCC, "Cinema Sundays" takes place. The JCC 39ers will present the acclaimed movie, "Green Book." Refreshments are available.

On Monday, May 13th at 12:30 p.m., there will be a Leadership Installation catered luncheon and entertainment in the JCC Maitland senior lounge. Vocal duo Dana and Diana will perform. The admission is members, $15; guests, $20. For further information and to make a reservation, contact LILLIAN BERKOWITZ.

The Roth Family JCC in Maitland, invites the entire community to celebrate at the Israel Independence Day Festival from 5:30-8:30 p.m. on Thursday, May 9th.

There will be Israeli dancing, choir performances, Israeli food, kids activities and more.

I'm referring to lovely HANNAH HAUSMAN, who has relatives across the United States, including right here in Central Florida.

Hannah has inherited the talents of her mother, ESTHER and father, KEN, and especially the beautiful voice of her maternal grandmother, VICTORIA, who is no longer with us.

Hannah currently has two terrific CDs "Honey & Soul" and "Ripe Fruit" available and I have heard them and thoroughly enjoyed them!

(By the way, all the songs were written by Hannah and her talented partner, JACK HANSON.) 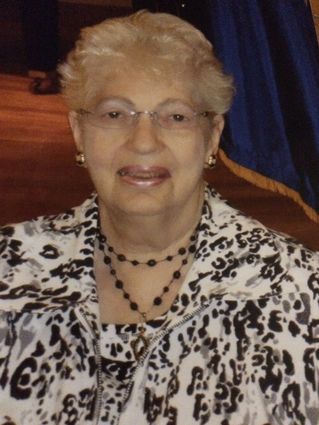 And speaking of music, those of us who attended the April 14th COS Seniors show featuring WILLIE CINTRON (Willie "C") were delighted with his talent!

He is truly an entertainer extraordinaire and worthy of this praise... and he sang songs that we all remember and understood. (No crap... oops, rap.)