Orange County School Board made aware of anti-Semitic curriculum 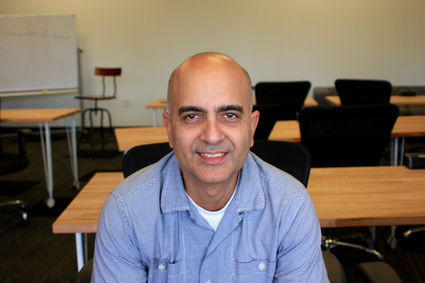 Last month a Jewish student who attends a charter school was given a reading assignment to prepare ninth graders for the Florida Reading FSA on inference of cultural experiences. Upon reading the excerpts, the student became extremely uncomfortable and fearful. He shared his experience with his parents, Eric and Wendy Nissan of Winter Park. When Wendy read the excerpts, she, too, was shaken by what her son was reading in the classroom.

What concerned her was the content in the excerpts that included mass killings, shootings and extreme violence. "Let me be specific. The passages state that Palestinians are being killed indiscriminately and in a genocidal nature by Jews in Israel. The excerpts portray Israel as a racist society that intends to kill as many Palestinians as possible," the Nissans wrote in an Orlando Sentinel commentary (Anti-Semitic reading material on Florida education website needs to go, May 2).

The Nissans met with their son's teacher and the school's principal to present their concerns and requested that the school take action.

"The teacher and principal were very understanding and concerned," Nissan said of the meeting. She felt because the school was so supportive, she did not want the name of the school to be published. "They really had nothing to do with it," she said.

The reading excerpts came from CPALMS, a state website used to support teachers with material to help them meet the Common Core standards. Teachers from all across the state pull material from the website under the assumption it's appropriate for their students to use. It was suggested to the Nissans to take this matter up with the Orange County School Board.

The questioned assignment excerpts were taken from "A Balcony over the Fakihaniby" by Liyana Badr, a short story in the book of novellas titled "A Land of Rock and Thyme." The source book and the story are fictional, but the excerpts are read as true biographical experiences.

Just an example of the two excerpts given to the students are:

Excerpt 1: "He couldn't believe his luck because he'd be going to the sea. Before we set off, we all warned one another how, if you were questioned, you must answer: 'I'm Lebanese.' But he was a young man in the first flush of manhood, in his fifteenth year. On the way, one of them stopped him and asked, 'Lebanese or Palestinian?' 'Palestinian,' Jamal answered. A bullet to the head, just like that. We passed by him. I just glanced at him, receiving such a shock my feet could no longer move forward or hold up my body. My nerves shattered, but I couldn't stop or lean over him and touch him with my hand. If any of us were to stop by somebody who'd been killed, they'd pick us out and finish us off at once."

Excerpt 2: "Death had become familiar; there was nobody in al-Zaatar who didn't anticipate their own. There were two taps where we filled up with water. Once, when I was standing there, I suddenly became aware of a man next to me crying out: 'Aah! Aah!' I looked at him and saw that he'd rolled over on the ground and died. Shells often bounced into the middle of groups of people, and the only ones who survived were those protected by fate."

The Nissans said in the commentary, "We can naively pretend the assignment was put there without bias, in an attempt to showcase different cultures, and in particular, Palestinian culture. Then I think about all the wonderful things in their culture: exotic foods, language, history, etc. Why this passage? Why is this a one-sided, evil portrayal of another group?"

Because the school the Nissan's son attends is a charter school, the OCSB told Wendy that this was a charter school issue and she couldn't get this matter on the school board agenda. There is, however, a public meeting held one hour before the official school board meeting where the public can voice their concerns. Nissan and four others attended this meeting, each given three minutes to speak.

Nissan felt reassured that the school board heard her concerns.

"It was powerful and very well received," she said. Wendy told the board these assignments are available statewide to prepare for the ninth grade Florida State Assessment Reading exam taken by all public schools, including magnets and charters. "The faces of all the board members was so telling. They were shocked and appalled."

Wendy was encouraged because the school board said that they would refer this to the Florida Department of Education.

"I'm going to try to get the content removed from Orange County," Wendy told Heritage. "I can't tell you the number of people who stopped me as I was leaving the room to thank me for doing this. Also, Laurie [Cardoza-Moore] was stopped by Orange County curriculum representatives who are eager to help and fix this. It's a great start! The next stop is Tallahassee and [Gov.] DeSantis. We want CPALMS Common Core (run by Pearson) to be removed from the state of Florida."

One of Nissan's supporters is Laura Cardoza-Moore, president of Proclaiming Justice to the Nations, who was there to speak "her three minutes." 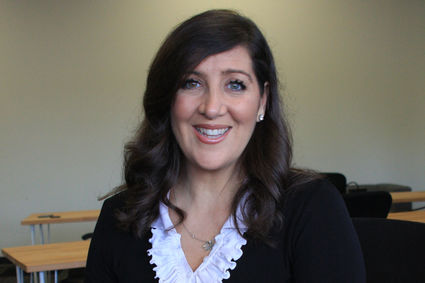 "Pearson's Common Core, anti-Semitic curriculum is not new to PJTN," said Cardoza-Moore, who through her organization, PJTN, removed a Pearson published anti-Semitic textbook in 2013 from Williamson County Schools curriculum in Tennessee.

"I also want to encourage parents to discuss this type of curriculum bias with their children. It is this type of disinformation that historically leads to violence against Jews," Cardoza-Moore said.

Cardoza-Moore is calling on the Orange County School Board to implement stricter guidelines with regards to the selection of curriculum in adherence to the highest achievement standards that parents expect for their students in Orange County, stating: "We want to make sure that our Jewish community feels safe in Orange County and that we are able to make sure those values are upheld for future generations by what is taught to our children in our schools."

Excellent article exposing anti semitism curriculum taught to students via CPALM State standards. The OCPS School Board has the authority to stop use of this material but they are hoping this will quietly go away. Why - Because the concerns of the Nissan Family and PJTN were officially Not on the School Board Agenda so it never happened unless 'you' follow up on your own and demand answers to what actions were taken.