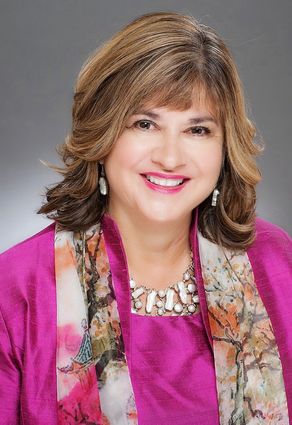 Those who are planning to go to Israel this year, consider scheduling flights between July 2 and Aug. 27. This is when EL AL will have once-a-week flights out of Orlando International Airport.

This is a trial run to see if there is enough interest in the Orlando community to generate more flights out of OIA in the future.

Jaramillo, who is based in Orlando, has over 25 years experience recruiting airlines all over the world. In the past, she had spoken with EL AL representatives who were planning to start flights out of Miami because of the large Jewish community. Why not Orlando? She asked.

Then, serendipitously, things began to happen. Last January, Jaramillo visited her pulmonary doctor for her annual checkup. That doctor was Dr. Daniel Layish. In the course of their conversation, he asked her what she did for a living. After she explained, Layish asked her if it would ever be possible to recruit EL AL airlines to Orlando.

Ironically, one week later EL AL called Jaramillo asking her about incentives to flying weekly nonstop flights from Orlando. To receive incentives, airlines have to fly a certain number of flights and EL AL couldn't fulfill that requirement. However there was still a possibility if enough interest could be demonstrated.

Without hesitation, Jaramillo sent an email to Layish with this exciting news. His reply: "How can I help you?"

After the two talked it over, Layish jumped on social media on Jan. 17, writing:

"EL AL is exploring the possibility of flying a weekly nonstop flight this summer from Tel Aviv to Orlando International Airport. If these flights might be of interest to you, we need to let EL AL know that the Central Florida Jewish community would very much welcome the opportunity to fly nonstop from MCO to Tel Aviv this summer.

"If interested, please send an email no later than Tuesday, Jan. 22 to Vicki Jaramillo at Orlando International Airport who is working with EL AL to secure these flights to MCO."

Layish received 56 comments and had 36 shares that went on to a multitude of others.

When Jaramillo arrived at her office the next morning and opened her email account, she was floored at the amount of emails she received-and kept receiving throughout the day-that expressed interest in EL AL flights out of Orlando.

"This was a true grassroots movement and it helped," Jaramillo said. "It was so ironic the way things happened."

Layish, with his desire to help and all those who responded to his post on social media made this trial possible.

"It's one foot in the door!" Jaramillo exclaimed happily.