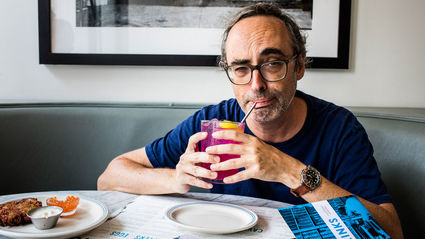 Boy, am I glad that I am too old to become pregnant (or am I?) Not even in case of rape? I'm speechless. (Nuff said!)

Some welcome news for a change...

British Home Secretary SAJID JAVID confirmed that the political wing of Hezbollah will be banned in the United Kingdom. Previously, only the military wing of the terrorist organization had been banned in the UK, enabling supporters of the Iranian-backed militant group to parade in the streets during the annual Al-Quds Day march, waving Hezbollah flags.

Welcoming the announcement, World Jewish Congress (WJC) CEO and Executive Vice President ROBERT SINGER said: "There is no distinction between the so-called political and military wings of Hezbollah, which has for many years engaged in and promoted terrorist activity around the world. It is absolutely right that the UK no longer makes such a distinction and has recognized Hezbollah for exactly what it is: a terrorist organization. We hope that other countries, as well as the United Nations, the European Union and the Organization of American States will follow this lead and proscribe Hezbollah outright."

Members of the WJC's Jewish Diplomatic Corps, the organization's flagship program, have been actively executing a global public diplomacy campaign to encourage the international community to designate Hezbollah as a terrorist organization, conducting outreach to diplomatic missions in 50 countries, publishing international media pieces and initiating a global social media campaign. They have also worked to oppose and prevent the Al-Quds Day parade in London and the inclusion of Hezbollah flags and symbols in the streets of Europe.

Hezbollah was responsible for the deaths of 85 people in the 1994 bombing of a Jewish community center in Buenos Aires and remains a threat to Jewish communities around the world. Thus far, the Arab League, Bahrain, Canada, France, the Gulf Cooperation Council, Israel, the Netherlands, the UAE and the United States have designated the entirety of Hezbollah as a terrorist organization.

As reported in "NoCamels," Israel came in 10th in the 2019 edition of the Bloomberg Healthiest Country index, with a total score of 88.2. The survey ranks 169 economies according to factors that contribute to overall health, such as life expectancy, obesity rates, access to clean water, sanitation, mental health and vaccination coverage.

Spain was crowned the world's healthiest country. Italy came in second followed by Iceland, Japan and Switzerland to round out the top five.

The United States ranked 35th in the index.

What a wonderful accomplishment...

I refer to ANDREW BURNSTINE, son of KAREN and the late Allan Burnstine of Lake Mary, on his recent graduation with honors from Florida State University College of Law.

Andrew is a graduate of Lake Mary High School, and received his Bachelor's degree in Environmental Science, with honor, from Florida State University.

He is studying for the Bar exam this summer, and is interviewing with firms here in the city of Orlando where he plans to pursue his career as an attorney, alongside his older brother BENJAMIN, who is now practicing here too.

One day you might just see a sign in bold letters on top of one of our large downtown buildings that says Burnstine & Burnstine, Attorneys at Law.

All of us are super-proud of you! (Someday, I may be needing the law firm of Burnstine & Burnstine so remember me!)

This party promises to be great fun. It will have food, fun and socializing with friends, in a superb setting. (I should know. I was singer/bandleader at the Citrus Club for seven years.)

There will be heavy hors d'oeuvres, a raffle and a drink.

All proceeds support the Jewish Pavilion.

Join in on Wednesday, June 5, that 6:30 p.m. at Quantum Leap Winery to share a glass of wine with New York Times bestselling author and literary sensation GARY SHTEYNGART.

"Lake Success," his newest novel, is finally out in paperback-a sprawling road trip novel told in Shteyngart's unique, sarcastic and witty voice. Tickets are $25 per person and include a copy of the book and a glass of wine at entry; all subsequent glasses of wine are bar price.

Gary Shteyngart is the New York Times bestselling author of the novels "Super Sad True Love Story," "Absurdistan," and "The Russian Debutante's Handbook." His memoir, "Little Failure," was named one of the best books of 2014 by more than 45 publications and was a finalist for the National Book Critics Circle Award. His fiction and essays have appeared in The New Yorker, The New York Times Magazine, Granta, Esquire, GQ, Travel + Leisure, and many others.

For tickets and further information about the event, contact ROBBY ETZKIN at the JCC, 407-645-5933.

On June 2nd in the Maitland JCC Senior Lounge, the film "Won't you be my Neighbor," about Mr. Rogers, will be shown.

The I-4 Ultimate Improvement Project will be presented by DAVE PARKS of Global Communications.

Refreshments will be served after the presentation.

Sam's daughter says to him one day, "Dad, as you're coming up to 80, why don't you go see doctor Seigal and get him to give you a full medical? You haven't been yourself ever since Mom died." 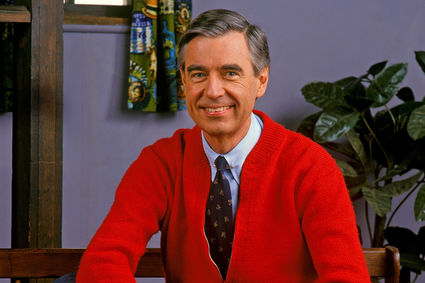 Three days afterwards, Doctor Seigal is surprised to see Sam walking toward him in Altamonte Springs with a beautiful, sexy looking lady on his arm. She looks no more than 30. When they meet, Doctor Seigal says, "It's nice to see you Sam. When you have a moment, why don't you call me? I have something I need to discuss with you."

When Sam phones later that day, Doctor Seigal says to him, "I see that you've decided to start seeing other women, Sam."