Business Update: RVW Wealth launches The Jerusalem PortfolioTM to empower investors to own a stake in Israel's thriving economy 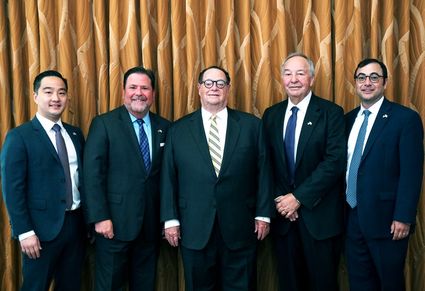 LOS ANGELES-RVW Wealth LLC has announced the launch of The Jerusalem PortfolioTM, a new investment vehicle that will empower individuals, foundations and institutions to carve out a portion of their portfolios to reflect their values by owning a stake in Israeli-focused companies.

RVW Wealth-which has a multi-decade track record of delivering the highest quality investment management and related services-is channeling its deep passion for supporting Israel into this new venture.

"The Jerusalem Portfolio fills a critical need in the market: a values-driven investment opportunity for individuals and institutions dedicated to supporting Israel," said Selwyn Gerber, co-founder and chief strategist of TJP and RVW Wealth. "With TJP, investors gain unprecedented access to Israel's rapidly-growing economy by investing in established, listed companies."

"This is a way to invest with your heart and with your head," said Jeffrey I. Abrams, TJP co-founder and RVW Legacy Resource Center managing director. "This portfolio gives investors the ability to own a stake in the Israeli economy, counter delegitimization of the Jewish state, and achieve their financial goals through a highly competitive asset class."

TJP celebrated the launch with an exclusive private event on Wednesday, May 29, at the Waldorf Astoria Beverly Hills. Speakers included Stanley P. Gold, one of the largest and earliest major foreign private investors in Israel; Eitan Weiss, acting consul general of Israel; David Suissa, publisher and editor-in-chief of the Jewish Journal, Los Angeles; and Joe Levin, a leading Israeli investment strategist and economist.

Gold joined Abrams in a conversation about the multifaceted values associated with investing in Israeli companies today. When asked about why Gold first began investing in Israel, he explained that Israel offers the opportunity to "buy brains wholesale" and sell them retail. Levin outlined the time-tested investment methodologies used to develop the unique evergreen approach to portfolio design, and said, "investment [in Israel] is the direct antidote to divestment." He added that Israel-focused indexes delivered solid competitive performances relative to other exchanges and that the Israeli economy was one of the very few that didn't decline during the Global Financial Crisis of 2008/9.

TJP will allow investors to own fractional interests in a diversified group of over 100 top-tier Israeli-focused companies like Check Point Software, Elbit Systems, NovoCure, Wix.com, and more-spanning sectors from healthcare and technology, to energy and cybersecurity.

As part of RVW Wealth's mission to give back, The Jerusalem Portfolio will donate its profits to Leket, Israel's national feeding program, which rescues nutritious surplus food for those in need.

"We are delighted to be the recipient of the generosity of The Jerusalem Portfolio," said Joseph Gitler, Leket Israel's founder and chairman. "Those funds will go directly to Leket-Israel's national food bank, actively working to alleviate nutritional insecurity in Israel by collecting and distributing over 220 tons of food weekly to over 140,000 people."

Tax efficient, low-cost, and completely liquid, TJP will be managed by the RVW Wealth Team who are pure fiduciary advisors with no conflicts of interest. Designed to enable individuals, foundations and institutions to allocate a portion of their investments to Israel, each portfolio is independently custodied at TD Ameritrade.

A new TJP account is also an ideal way to create a lasting relationship with Israel and can be easily created and funded to mark a special occasion or simcha with just a minimum investment of just $180. A beautiful plaque with a lithograph of a classic Jerusalem scene suitably personalized, accompanies each gift.

"It's an ideal gift for simchas," said co-founder Jonathan Gerber. "Giving the gift of an enduring stake in the Israeli economy is a terrific way to commemorate any Jewish life cycle event with a tangible link to the land."

The fully automated online process of investing is simple and immediate-and ideal for smaller gifts as well as for larger investments. Institutions and larger investors also have the opportunity to meet with the advisory team to customize the portfolio design.