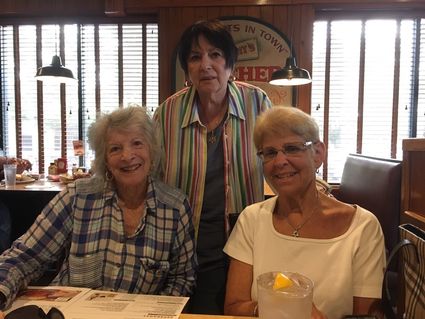 (Do NOT ask the year!). When I was little, my mother said that people were flying their American flags in honor of my birthday. I believed her!

'Anti-Semitism is no longer the extreme...

'It is now mainstream!' "This frightening thought comes from World Jewish Congress CEO and Executive Vice President ROBERT SINGER when he recently addressed the Conference on Combating Anti-Semitism in the OSCE Region in Bratislava, Slovakia, which brought together political leaders, government representatives and stakeholders in academia, civil society organizations and the media.

Singer noted the concerning survey released late last year by the European Union's Agency for Fundamental Rights that indicated a high sentiment among Jews of feeling targeted by hate, noting that 'extremists on both the far-left and the far-right, anti-Semites and other lowlifes find common ground when it comes to hatred of Jews.

On the far-right, extremist parties have entered the mainstream, exploiting and manipulating Holocaust memory and glorifying Nazis as part of the nationalist agenda, denying their own anti-Semitism by claiming to be pro-Israel. On the far-left, disagreement with Israeli government policies has morphed into a disturbing anti-Zionism that seeks to deny the Jewish people the right to a state of their own, and to delegitimize Israel's very existence. Anti-Semitism is no longer the extreme, as we stated before, but the mainstream.

Singer added that anti-Semites have found the Internet to be an effective way of spreading their hate to an unimaginable number of people but noted that this serious threat pales in comparison to the threat Jewish communities around the world face to their physical security... in Bulgaria, Belgium, Denmark and even the United States, to name just a few recent examples.

'We must fined new ways to reach young people, whatever their nationality or religion, so they learn the lessons of history's greatest tragedy,' Singer said, pointing to further statistics released last month by the Holocaust Memorial Day Trust that found that 1 in 20 Britons do not believe that the Holocaust happened and 12 percent think the scale of the genocide was inflated.

Initiatives like the WJC #WeRemember campaign, which has reached more than 1 billion people in more than 100 countries with the message of preserving Holocaust memory since it began in 2017, are imperative, Using social media, we have fostered a community of people who have a common goal, namely, to stand up to hate."

I'm referring to ETHEL GOLDBERG, a dear friend of mine who used to live here in Central Florida but now resides on the Gulf coast of St. Petersburg.

Ethel (whose deceased spouse, Larry Goldberg, was formerly mayor of Longwood) was in town last week with another close friend of hers, LEEBA MARLOW. And we all met up with yet another dear friend (who still resides in Central Florida), EVELYN COHEN.

Longing for delicious kosher-style food, we chose to get together at TooJays in Altamonte Springs. (Yum, matzo ball soup... with NO calories!)

It was enjoyable seeing these great gals again and I look forward to the next meeting.

On Sunday, June 30th, from 12:30 until 2:30 p.m., TERRY MYERS is bringing his enormous talent and musical skills to the Altamonte Chapel, 825 E. Altamonte Drive, Altamonte Springs. He will be accompanied by RON MILLS on piano, GREG ZABEL on bass and GREG PARNELL on drums. This, my friends, is a great group!

On Sunday, June 16, beginning at 2 p.m. in the Maitland JCC Senior Lounge, the film "Eighth Grade" directed by comedian BO BURNHAM will be shown.

At 1 p.m. in the Maitland JCC Senior Lounge, on June 17th, DAVE ROBINSON will present "What VITAS means to seniors."

There will be refreshments.

So far, as a vocalist I have recorded CDs. The musicians I worked with through the years were the finest (both here in town and also in Brazil.) Because they were, I trusted them when they told me about the finest place in town when it comes to many specialties, including restoration of numerous audio formats including record albums, reel to reel, 8 tracks, cassettes and digital files to CD. They all suggested the same place for the finest work... Network Sound and Video, Inc. on Ronald Reagan Blvd, Longwood.

Heading the superb company is talented VITO FERA and his equally talented (and beautiful wife) RHONDA.

This fabulous couple and all who work with them, have never let me down.

I have performed in New York City and Las Vegas, and many places in the world with very famous musicians and they all feel the same way about Network Sound! Word gets around! 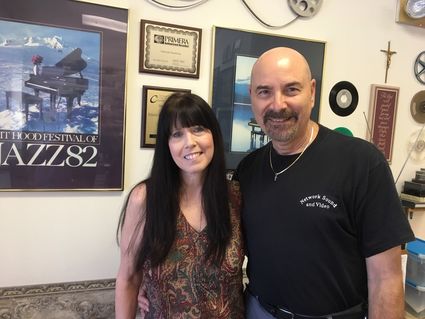 Rabbi Levy is addressing the 'Enlighten Your Daughter' meeting of the synagogue women's guild.

"Ladies," he says, "I'm sure some of you know by now that the unfortunate Jonathan Bloom has been sent to prison for making love to his wife Sadie's dead body."

A number of 'Oy Vays' are heard from the ladies present.

"You might also be interested to know," the Rabbi goes on to say, "that I spoke to Jonathan yesterday and I now firmly believe that his actions were entirely innocent and accidental. So although we are all feeling sorry for Jonathan, there is a lesson to be learned. Ladies, go back home to your daughters and tell them that when making love with a good Jewish husband, they should please make a little wiggle."