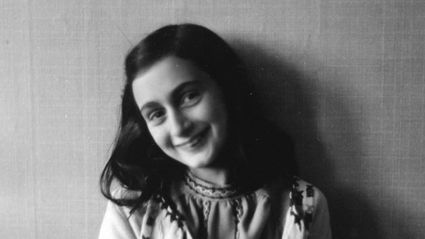 The Statue of Liberty...

"Give us your tired, your poor, your humbled masses yearning to breath free."

(What has become of us? I'm just saying.)

"A Belgian criminal court has convicted Frenchman MEHDI NEMMOUCHE for the terror attack at a Brussels Jewish museum in 2014, which resulted in the deaths of four people. Nemmouche's accomplice, NACER BENDRER, was also found guilty of aiding the attacker.

Over the course of the trial, Nemmouche's defense lawyers argued that he had been caught up in a plot targeting the Israeli Intelligence Agency Mossad... arguments which were denounced by the President of World Jewish Congress Belgian affiliate CCOJB and WJC Vice President YOHAN BENIZRI as 'a nauseating conspiracy theory.'

In welcoming the verdict, WJC CEO and Executive Vice President ROBERT SINGER said: 'This verdict at last brings a semblance of justice to loved ones of those who were so brutally murdered and to the entire Jewish community.'

This brutal attack took place at a time of rising anti-Semitism in Europe. Sadly, anti-Semitism has continued to grow in the years since, and while the security precautions taken by the Belgian authorities are to be welcomed, let us be under no illusion that we have rid ourselves of the danger. Jews must be vigilant in both Belgium and across the European Union to ensure that such barbarity does not occur again.

In aftermath of the attack, WJC President RONALD S. LAUDER led a solidarity mission of 38 Jewish leaders who met with then Prime Minister ELIO DI RUPO and senior Belgian cabinet members to discuss measures to combat anti-Semitism Today, the Jewish Museum and other Jewish institutions continue to be guarded by the Belgian military.

(This attack happened in 2014. It took five years to finally get justice!)

On June 12, 1929, in Frankfurt, Germany, Anne Frank, a victim of the Holocaust, whose diary describing her family's experience in hiding from the Nazis would become one of the most well-read books in the world, was born.

She will never (and should never) be forgotten!

JCC Fitness membership is required to participate in all classes at no cost.

What a nice surprise!...

While celebrating my recent birthday (Don't ask my age!) at Sonny's Barbecue with my friend, JUDY COTTER, I ran into "the light of my life," LYNDA MOGUL, a wonderful gal I have known since she was just a toddler and have loved.

Lynda was there with her special friend, GINNY CONSTANZA, a lovely person.

Just the surprise and joy of seeing Lynda was, to me, a special birthday gift... but when our fabulous (and handsome) waiter, MARK TUCKER, informed me that Lynda paid my bill and I owed nothing, I was beyond delighted! What a birthday present! Thank you. Thank you.

And if they knew her, they would certainly love Bloomers The Clown!

Bloomers is really AUNITA PADGETT, a dear friend and fellow widow I met recently at a Grief Group. (Actually, some of us continue to meet, now that the Group has ended, at Aunita's home each week.)

For many years Aunita was a children's entertainer and a superb ventriloquist at all kinds of parties and events for the youngsters. She is now retired as a clown but I still find her entertaining and hope she never quits!

(I'm not at a restaurant this time. Hooray!)

While shopping at Walgreens Drugstore on Aloma Avenue and Lakemont (the drugstore that never closes!), I was helped by a wonderful employee, MARIBEL SANTIAGO. She was courteous and darling and very helpful.

I've often asked myself what would have happened if three wise Jewish women had gone to Bethlehem instead of three wise men?

They would have asked directions. 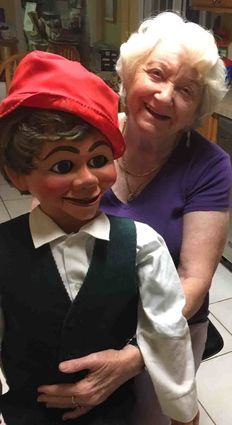 They would have arrived on time.

They would have helped deliver the baby.

They would have hired someone to clean the stable.

They would have made a brisket...and...

They would have brought practical gifts.

Upon leaving, what would they have said?

"We'll just see how long it will take to get your brisket dish back."