Who said no Israelis attended the Summit in Bahrain? 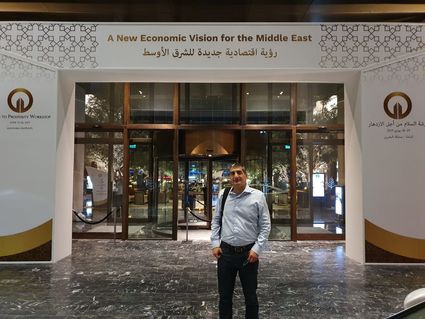 "I am both privileged and honored to have been personally invited by US. Secretary of the Treasury Steven Mnuchin to the Peace and Prosperity Workshop in Bahrain," said Prof. Kreiss.

Born together with Israel in 1948, Sheba Medical Center is the largest and most comprehensive hospital in the Middle East. The facility treats patients from Israel, the West Bank, Gaza and the entire region indiscriminately. It is a hub for research and innovation, providing cutting-edge care to those across the Middle East and the globe. Sheba was recently named by Newsweek magazine as one of the Top 10 Hospitals in the World. In 2018, for his strong leadership skills and his role in transforming Sheba into Israel's "City of Health," Prof. Kreiss was named the fifth most influential person in Israel by Israeli newspaper The Marker.

Prof. Kreiss added: "Sheba Medical Center, the largest hospital facility of its kind, has acted as a 'bridge to peace' to nations in the Middle East region, many of whom who have no diplomatic relations with Israel. Sheba's Israeli Jewish and Arab Moslem and Christian doctors are working side-by-side, providing innovative, critical medical care to thousands of Palestinians from Gaza and the West Bank. Sheba has also saved the lives of Syrians who were severely injured during the recent civil war, as well as Kurdish Iraqi children in desperate need of heart operations. Medical innovation acts as an engine of growth and an economic bridge to prosperity and healthier lives for everyone."