Giving back to community through the Jewish Pavilion 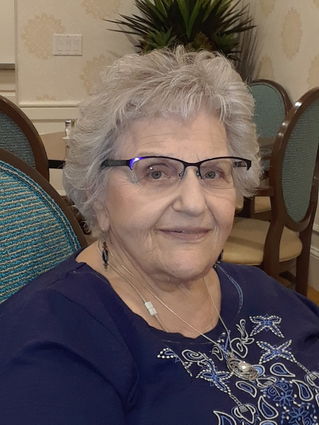 Zena Sulkes has dedicated her professional life to education. As a Hebrew School Aid at Congregation Shaarey Zedek in Detroit, Sulkes began to feel her way around the classroom and understand the essential elements that make for a successful educator. After graduating from the University of Michigan, she started her teaching career in the public schools in Michigan, Baltimore and Illinois. A move to Clearwater, Florida, afforded Zena the opportunity to transfer from public education to Hebrew education and eventually moved into director of Education that lasted 18 years.

The opportunity to head the Jewish Day School of Orlando arose in 1995 after relocating here. Sulkes happily accepted the position, was involved with building a new facility and increased the enrollment from 75 to over 300 in 10 years. After retiring from this position, Sulkes became a consultant for the Reform Movement as well as teaching Judaic Studies at UCF and Ethics at Rollins College.

As a member of CRJ, Sulkes was asked to help tutor a young adult for her bat mitzvah, which she gladly said she would do and has continued doing so to this very day.

Sulkes states that her b’nai mitzvah experiences gives her a reason to be and a feeling of success. She helps her students with their mitzvah projects by pairing students with residents at Allegro, where she resides. She is concerned that the match fits both youth and senior personality and so far the matches have been ideal.

Sulkes first became involved with the Jewish Pavilion when she met up with Nancy Ludin, whom she worked with in Philadelphia. Sulkes’s mother was living in one of the senior living facilities and would love when the Jewish Pavilion would come for a visit or lead a program. Sulkes says it was time for her to give back to the Jewish Community after her mother passed away. She became a board member and president of the Jewish Pavilion soon after.

Sulkes is “retired” from education, however, she leads two discussion groups at Allegro. “Neighbors Taking Faith,” a weekly group discussing issues and finding ways to see similarities rather than differences between people of different faiths. The second group, which meets every other week deals with Contemporary Issues and areas of interest to the members.

Retirement does not necessarily mean non-active. Zena Sulkes is a prime example of how to keep active and have a meaningful life in later years.