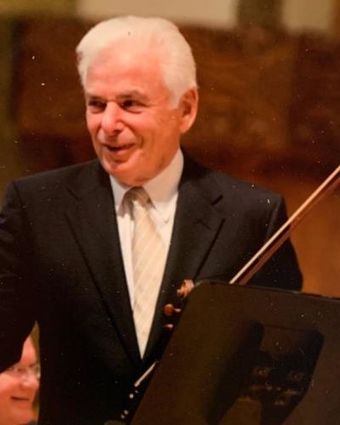 A wonderful talented man who served his country honorably, has passed away. Elliott Golub served as concertmaster of Chicago's Music of the Baroque since its inception in 1972 through 2006. He was formerly concertmaster of the Robert Shaw Chorale and Seventh Army Orchestra and with the Contemporary Chamber Players at the University of Chicago, with whom he participated in many premieres and recordings.

He has performed in the nation's capital at the National Gallery, Library of Congress, Kennedy Center, and the White House.

In 2008, he received an award from the U.S. State Department's Bureau of East Asia and Pacific Affairs, "... for excellence in promoting cultural diplomacy and mutual understanding" and in 2007 an award by the Bureau of African Affairs for "sustained and exceptional contributions to cultural diplomacy in Africa."

(He was a distinguished member of our tribe... and also the father of my dear daughter-in-law, Dr. JESSICA GOLUB.)

In remembrance of the Apollo 11 flight that took off 50 years ago from the Cape on July 16th, 1969, (and in honor of my late husband's tenure working at NASA as a contractor from Gemini 4 through Apollo 16. During his time at NASA, he was a designer in the integration dept, a specialist in systems analysis, a quality control engineer, and a project manager-field engineer in the ASD section working at almost every launch pad and the epic vehicle assembly building onsite with the Saturn V rocket.

(I was invited by NASA to the cape for the Apollo 11 launch on July 16th, but had to refuse the invite because I was due to give birth to our third son, Ron. I was then invited to the launch of Apollo 12 and sat next to then President Richard Nixon.)

And yet another American Hero...

This wonderful person is still with us. She is a distinguished member of the United States Supreme Court. I'm referring to RUTH BADER GINSBURG.

On Sunday, Aug. 4th, in the Senior Lounge of the Maitland JCC, beginning at 2 p.m., the Cinema Sundays feature will be a documentary "RBG", the life of Ruth Bader Ginsburg. 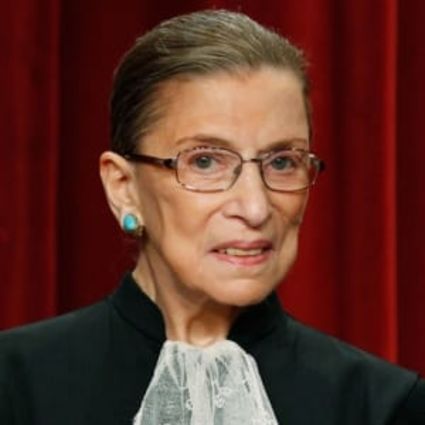 While at Chili's Grill and Bar on Hwy 436 in Winter Park recently, I had the greatest waitress. Her name is CECILE. She was fast, efficient, pleasant, pretty, friendly... as good as the food!

Yitzhak and Melvyn live in a retirement home. One day, as they are sitting on a bench under a tree, Yitzhak turns to Melvyn and says, "Melvyn, I'm 85 years old and I'm full of aches and pains. You're about my age. How do you feel?"

Melvyn replies, "I feel just like a new-born baby."

"Yes," replies Melvyn, "no hair, no teeth and I think I just wet myself."