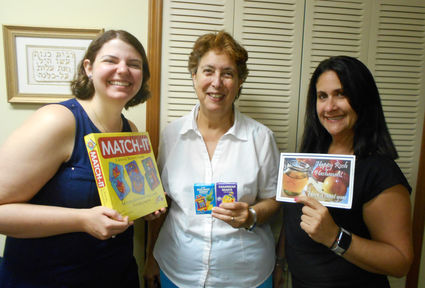 Dedicated to those whose loved ones perished in El Paso and Dayton...

Ever so close in mind and heart

No further away than a picture, a smile of remembered phrase,

Our loved ones live in memory so close in many ways.

For how often does a sunset bring nostalgic thought to mind,

Of moments that loved ones shared in days now left behind.

How often has a flower or a crystal autumn sky

Yes, memory has a magic way of keeping loved ones near,

Ever so close in mind and heart are the ones we hold most dear.

The World Jewish Congress voiced sharp concern after stickers bearing the image of Anne Frank wearing an F.C. Barcelona shirt were distributed by fans of the rival Espanyol football (soccer) team during a match in Girona.

"It is extremely disconcerting to see that football fans continue to diminish and even ridicule the horrors of the Holocaust by using the symbols of Jewish suffering to taunt their rivals, in a clear indication of ignorance and lack of education about the greatest crime against humanity in modern history," said WJC CEO and Executive Vice President ROBERT SINGER.

"Were this just an isolated incident, we might suggest that Espanyol supporters in articular were in need of Holocaust education and diversity training. But this is just one of so many examples of ignorant racism, xenophobia and anti-Semitism proliferating across the sporting world, in need of more than just a one-stop solution. We are gratified by the Espanyol leadership's quick and firm condemnation of this incident, and by its stated commitment to opposing anti-Semitism and other forms of cultural, political, or ethnic offenses," Singer added. "Still, this incident underscores the very real and critical need to tackle hatred in the stadiums and free football of politicization and discrimination."

Three cheers for outstanding program directors at the Jewish Pavilion. They bring joy and Jewish culture to the elders in over 70 senior living communities.

HOPE McCORMICK, SUSAN BERNSTEIN and JULIE LEVITT are engaged in compassionate activity every day! They visit seniors and coordinate all of their Shabbat and holiday observances. The program directors work well with hundreds of volunteers of all ages throughout the year. They work with the activities directors and the chefs so that each holiday is celebrated with traditional Jewish foods and festivities.

Toni Morrison, Nobel Prize, Pulitzer Prize (and many other awards) winner, author and American treasure, past away on Aug. 5th of this year. She will be missed by many!

(I had the pleasure of performing in her hometown of Loraine, Ohio, with the Jimmy Dorsey Orchestra, some years ago. The residents adored her and never will she be forgotten.) 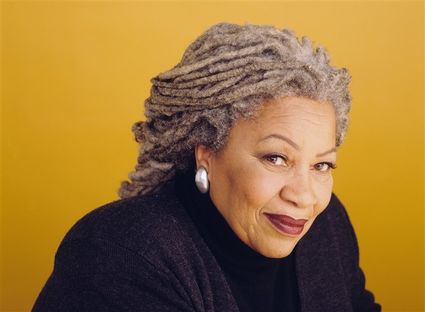 (Okay, so I can't resist the matzo ball soup!) The other day at TooJays in Altamonte Springs, I was lucky to get one of my favorite waiters, ED MARTINEZ, to serve my table.

One day, Avraham meets Hymie at the Mall.

"So how are you, Hymie?" Avraham asks.