Dr. David Diamond appointed to Florida Board of Medicine 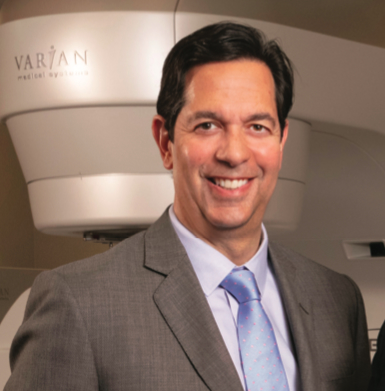 Dr. David Diamond was appointed on Aug. 8th by Gov. Ron DeSantis to the Florida Board of Medicine. Dr. Diamond is a co-medical director of Florida Radiation Oncology, an independent cancer treatment center in Winter Park.

The Florida Board of Medicine is the state agency tasked with protecting and enhancing the public's health, safety, and welfare by establishing and maintaining standards of excellence used in regulating the practice of medicine through licensure, discipline and education.

Dr. Diamond received his bachelor's degree with honors from Princeton University and his medical degree from the University of Florida, where he was the recipient of the Alpha Omega Alpha National Research Award. He served his medical internship at Yale-New Haven Hospital and then his residency at Barnes-Jewish Hospital, where he was appointed as co-chief resident during his final two years of training.

Dr. Diamond served on the Board of Chancellors of the American College of Radiation Oncology for six years. He also served for six years as a special advisor to the U.S. Nuclear Regulatory Committee in the Office of Nuclear Material Safety and Safeguards.

In his blended family, Dr. Diamond and his wife, Orly, have six children. Dr. Diamond has been active in a wide variety of Jewish communal activities, including AIPAC, Chabad, JNF, and the Jewish Academy.

In some 18 years of practice in Central Florida, Dr. Diamond has been privileged to have treated some 12,000 adults and children with cancer.

Dr. Diamond's appointment is for a 4-year term, subject to confirmation by the Senate.