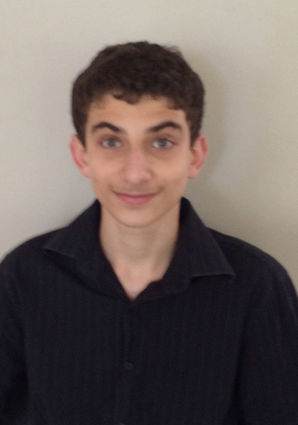 Change Emma Lazarus poem on the Statue of Liberty? NO WAY!

That poem (as it is) is part of our beloved country's history.

Please let your feelings be known about this. Write to your congressman or congress woman or senator!

Israel is in the news a lot these days...

(And not all positive.)

"As Israel attempted to become the fourth country in the world to land a spacecraft on the moon, WJC President Ambassador RONALD S. LAUDER congratulated the Jewish state, hailing the landmark quest as 'a testament to Israel's unparalleled leadership in the world of innovation and technology, science and creativity, and ambition to reach the greatest heights known to man.

'Israel attempted to go where only a few nations have gone before. From this tiny country of just over 8 million people, a spacecraft bearing the national flag of the Jewish people and the Hebrew name Beresheet, spun through the great outer space hoping to land precisely on the moon, after years of diligent efforts.

Unfortunately, Beresheet did not land as its innovators dreamed of, but this attempt was just the beginning of what will one day be a successful journey. Of the countries that have attempted to reach the moon, only three... the United States, China and Russia... have managed to land. This quest by Israel was an extraordinary technological achievement, in every sense of the word, according to Amb. Lauder."

What Israel faces in the meantime...

Lebanon: The Iran-backed terrorist group Hezbollah possesses more than 150,000 rockets, many of which are capable of striking any location in Israel.

West Bank: Incitement by Palestinian leaders has raised tensions and spurred a rise in terrorist attacks.

Syria: As the Syrian civil war enters a new phase, Iran and its terrorist proxies are attempting to establish a new military front to launch attacks against Israel.

Iran: Iran continues to foment chaos throughout the Middle East, orchestrating aggression and seeking conquest in Syria, Iraq, Lebanon, Yemen and Bahrain while threatening Israel with its terrorist proxies.

My grandson ZACHARY AARON YOUSHA, age 16, received this note from his teacher after completing a course at Northwestern University in Illinois: "Zach, throughout the week, your ability to be independent while working on your projects had me dazzled. You surprised me every day with your inquisitive personality. You yearned to acquire a profound understanding of each topic we studied and I respect that.

"From your strong understanding of looping through arrays to your mastery of variables, you show great potential in the STEM field. You are a bright kid and a hard worker, and I know you are capable of some truly amazing things."

(Zach's dad, STEVE had the same talents when he was a kid, but I was a nervous nutty mom who got upset easily and had little patience. Steve grew up successfully despite me and is now a respected psychologist.)

On Sept. 10th, Tuesday, from 6:30-9 p.m. join in as we gather with friends in our community to create a personal vision board for the upcoming Jewish Year (5780). With each new Jewish Year, we have the wonderful opportunity to have a fresh start, reset and think about what we wish to happen or how we wish to feel in the upcoming Jewish year. In the workshop, you will use mixed media supplies to create a powerful visual for your year ahead. No experience needed! Please bring your own personal photos or cards or notes that you would like to incorporate in your vision board. We will be meeting in the Art Studio. Space limited. Cost includes a glass of wine, refreshments and mixed media supplies.

On Monday, Sept. 9th, A Challah Bake (a challah demonstration with ESTHER HOFFER of Chabad,) will take place. 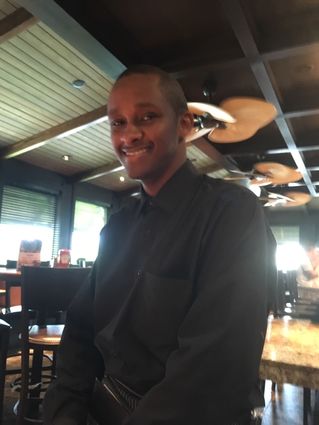 I have always heard great things about CHEDDERS Scratch Kitchen, 6650 S. Semoran Blvd. (436) in Orlando but never ate there.

My friend ELYNOR said it was her "favorite restaurant ever." My friend JUDY said she was never treated so well as when she ate there.

So I decided to check it out. And I want the manager, DAMIEN RIVERA, to know it is now my favorite restaurant as well!

My waiter, ABRAHA TEDDY SIMMONS, was the nicest, most efficient, most friendly... and soooooo handsome server ever! (I'm old so I can said that!)

Q: Why do seagulls fly over the sea?

A: If they flew over the bay, they'd be "bagels"