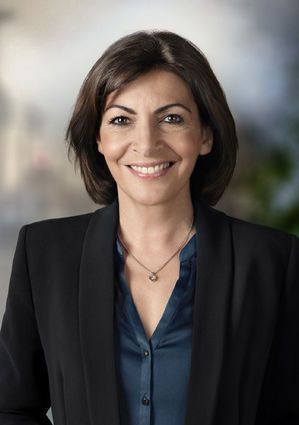 An idol and a landsman...

I'm referring to Ella Fitzgerald, a long time idol of mine and Sammy Davis Jr., a friend and also a fellow Jew.

While watching the Ed Sullivan show on television recently, (Yes, I watch Ed Sullivan and even watch Johnny Carson so I will recognize the guests. I'm elderly, remember?) I had the pleasure of seeing these two talents perform together. What a treat! (Just thought I'd mention.)

I read this in the World Jewry Digest recently and pass it along:

"A square in the 17th arrondissement of the French capital will be dedicated to the memory of the three children who were murdered by an Islamic gunman at a Jewish school in Toulouse in 2012. The WJC president said 'Paris Mayor ANNE HIDALGO and the city of Paris have extended a worthy and sympathetic tribute to the three children who were brutally murdered in an act of ruthless terror, their lives cut short before they even began, simply because they were Jewish.'

Going forward, all visitors to this square will have the opportunity to honor the vibrant lives that were snuffed out in pure hatred and remember that anti-Semitism is alive and well in France. (My spouse and I have been to Paris, France, but I didn't know of this.)

Let this plaque serve as a permanent reminder of the horrors that can occur when hatred continues unbridled.

The names of Arie and Gabriel Sandler and Myriam Monsonego will be remembered and honored as an indelible part of the Paris streets. May their memories forever be a blessing."

This year marks the 25th anniversary of the deadliest attack ever committed in Argentina, the bombing of the Argentina Israelite Mutual Association, a Jewish community center in Buenos Aires.

Eighty-five people were killed and hundreds were injured. Though widely believed to be carried out by Hezbollah terrorists backed by Iran, those responsible have yet to be brought to justice.

For the opening event they will be playing BINGO with the customary ice-cream and fixins! (Fixins too? Yum!)

Admission is only $5 for COS members; $8 for all others. Everyone is welcome!

(Price includes one card. Additional cards are 25 cents. Ten games will be played and there will be prizes! AND ICE CREAM!!)

Hope to see you there!

This hilarious, critically acclaimed off-Broadway musical comedy is set in 1890s (no, I wasn't born yet!). It was inspired by Shakespeare's "Measure for Measure."

For times and other details, phone the theater.

Instead of the usual Cinema Sundays, there will be a Community Song Circle with Cantor NINA FINE on Sunday, Sept. 15 at the Roth Family JCC in Maitland from 2-3:30 p.m. This is "for everyone with a song in their heart" they said. (That includes me!)

Right before the Jewish New Year, rejuvenate your soul and spirit with simple chants and song in a Community Song Circle.

Cantor Nina Fine will lead using Jewish liturgy, rhythm instruments and our voices. The communal aspect of coordinated chants, songs and breathing allows for a deep spiritual connection and a sense of peace and well-being. No experience with Hebrew is required.

Apple and honey inspired refreshments for a sweet new year will be served after the program. The cost is $5 per person or free for JCC members.

On Mondays in the senior lounge of the Roth Family JCC in Maitland, Mah Jongg is played after the weekly meeting.

Okay... I love this guy and have loved him since he was a little kid! I haven't seen him for years until the other evening when I was at a karaoke bar with my son, RON. 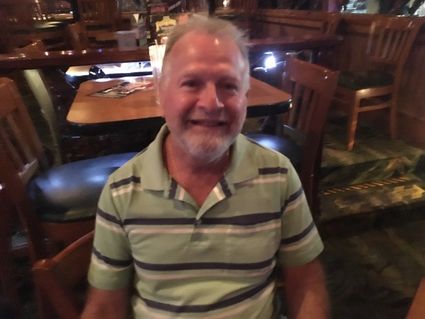 I'm referring to MARK BECKER. He was always so sweet to me, kind and caring... traits he inherited from his wonderful mom BARBARA BECKER, who I've seen quite often through the years.

When it was Mark's turn to sing, he did a great version of the Fats Domino hit "Blueberry Hill."

Ben was in a hospital ward with two non-Jews.

On his first morning, Ben puts on his tefillin, but the non-Jews can't figure out what he is doing.

Finally, one says to the other, "Look how smart those Jews are! He's taking his own blood pressure.