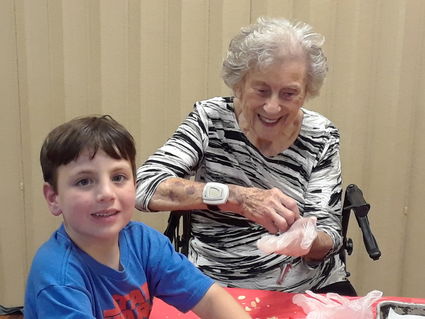 (Directly from the Simon Wiesenthal Center):

"The crisis of burgeoning anti-Semitism in Europe is raising questions about how long the vibrant Jewish communities can survive on the continent. From Scandinavia, to the United Kingdom, to France, Belgium, the Netherlands and Germany, European Jews are standing at the edge of a dangerous precipice. Here are but a few of the recent anti-Semitic incidents:

In Vishy, Sweden, several members of the neo Nazi group Nordic Resistance Movement harassed visitors to an exhibition of Holocaust survivor portraits and blocked people from entering the building. Harassment by the same thugs forced a Jewish community in northern Sweden to disband last year. The authorities did nothing.

Anti-Semites and haters of the Jewish state have found a welcome home in Jeremy Corbyn's Labour... the United Kingdom's primary opposition party. Long a historic home for most Jews, leading Jewish figures and those Labourites brave enough to speak out are being purged or forced to resign by a party that touts itself as anti-racist.

In Berlin, violent attacks directed at Jews were up by an astonishing 150 percent in 2018, while anti-Semitic incidents were up across the country. Meanwhile, two prominent Jewish museums were mired in controversy as they welcomed proponents of the anti-Semitic Boycott, Divestment, Sanctions movement, giving it a cultural and political legitimacy.

This is only the tip of the iceberg. You know that the situation in Europe has been growing steadily worse in recent years, to the point where Jews are questioning if there is a future for them there."

(How upsetting is this? Not so much for me because I am elderly anyway... but my children and grandchildren... what will it be like for them?)

And speaking of children and grandchildren...

I heard from NANCY LUDIN, CEO/executive Director of the Jewish Pavilion: "Kudos to SPENCER ZISSMAN, compassionate kindergartener." She continued:

"Compassion cannot be learned by talking about it. Children need to practice compassion in their daily lives. Interacting with seniors helps kids develop their compassionate muscles...muscles they will hopefully use over and over again as they reach adolescence and adulthood. Developing compassion in elementary and middle school-aged children is akin to developing muscle strength... the more you use your muscles, the stronger they get.

Children can learn to feel connected to their communities and know they can make a difference in the world through acts of compassion.

The Jewish Pavilion encourages people of all ages to interact with seniors who reside in independent, assisted and skilled nursing communities."

On Sunday, Sept. 29th at Blue Bamboo Center for the Arts, (a great jazz venue!) a great jazz musician will be featured! I refer to EDDIE MARSHALL, a super talent!

Eddie and his Blue Bamboo Big Band will be entertaining us. The venue is located at 1905 Kentucky Avenue... just off Fairbanks and Clay.

Beginning at 2 p.m. on Sept. 29 in the Maitland JCC Senior Lounge, the movie "Can You Ever Forgive Me?" will be shown. It features Melissa McCarthy.

(That movie title sounds like something I've said to my spouse a thousand times!) 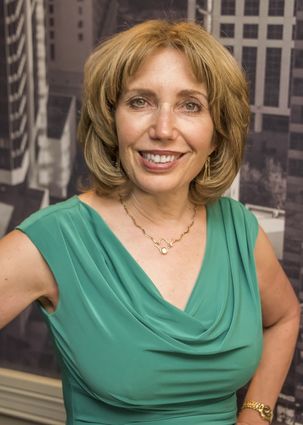 (I'm not in a restaurant this time!!) I want to give kudos to a wonderful handyman, JOHN KING, who came into my home and fixed my food disposal perfectly and in little time and for little money! He was also very pleasant, courteous and oh, so handsome!

Solly took his King Charles spaniel dog to the vet.

"Doctor Cohen," he said sadly, "I'm afraid I'm going to have to ask you to cut off my dog's tail."

Dr. Cohen stepped back in shock, "Solly, why should I do such a terrible thing?"

"Oy vay, my mother-in-law's arriving tomorrow, and I don't want anything to make her think she's welcome."