Anti-Semitism in the halls of power...

"With religious, racial and ethnic hatred seeping into the halls of the United States Congress, the Center urged condemnation, clearly and loudly, by Republicans and Democrats alike.

A national petition was launched by the Center urging House Foreign Affairs Chairman ELIOT ENGEL (D-NY) and Ranking Minority Member MIKE McCAUL (R-TX) to have the full committee censure Congresswoman IHAN OMAR (D-MIN) for her anti-Semitism and to urge the Speaker to remove her from the Foreign Affairs Committee.

Omar accused Jews of attempting to hypnotize the world by using money's corrupting power, and tweeted in reply to a journalist's remark about American politicians supporting Israel: 'It's all about the Benjamin's baby."

Representatives Omar and Tlaib are unapologetic anti-Semites and supporters of the anti-peace BDS movement."

(I guess I'm not too bright because I have no idea what the remark Congresswoman Omar was referring to when she mentioned the "Benjamin's" baby.) Editor's note to Gloria: "Benjamin's" refers to $100 bills. In other words, "it's all about the money."

"WJC President Ambassador RONALD S. LAUDER welcomed the resignation of PETER SCHAFER, director of Berlin's Jewish Museum, following a series of actions by Schafer that were widely considered to be anti-Israel, culminating in a recent tweet by the Museum that criticized the German parliament's declaration that the BDS movement is anti-Semitic.

'We do not need leaders of Jewish institutions who identify with or support the BDS movement,' Amb. Lauder said. 'I have been deeply involved with museum culture throughout my life, both in the Jewish world and beyond, and it pained me deeply to see the Jewish Museum of Berlin step outside of its mandate repeatedly to weigh in on this matter in such a callous way. There is absolutely no place for such politics in museums, especially not those committed to providing a platform for Jewish history and unity in the face of the adversity the community has faced for so long. I welcome Schafer's long overdue departure from the scene and hope that the Berlin Jewish Museum, a great institution, will choose more appropriate leadership.'"

I'm referring to GAIL and STUART OXMAN, a wonderful couple.

The Jewish Pavilion follow residents as they transition from independent to assisted living to skilled nursing.

Gail Oxman plays "Mitzvah Mahj" with RUTH ELSON who has lived in several places but now resides at Tuskawilla Nursing and Rehabilitation.

Ruth looks forward to playing mah jong with a group of "young ladies (I prefer the word "girls") and wonderful friendships have been forged thanks to the dedication of Jewish Pavilion Program Director JULIE LEVITT.

Gail and her husband, Stuart, wanted to ensure that Ruth was not alone for the holidays, so they arranged with the Jewish Pavilion to provide Ruth and her friends with a meaningful Rosh Hashanah service with all the traditional foods. They then returned to celebrate Yom Kippur.

For many years Gail and Stuart Oxman were very active members of Beth Chaim and participated in a monthly Jewish Pavilion Shabbat Service at Savannah Court.

(Bless you Gail and Stuart for your caring hearts.)

On Oct. 20th at 2 p.m. in the Maitland JCC Senior Lounge, the movie "Widows" will be shown. It stars Viola Davis.

I mentioned this before but it has me sooooo excited!

On Wednesday, Oct. 23rd, a 6-week series will begin, introducing folks to the fundamentals of the game of Mah Jong. It will be taught by DALE PERRAULT.

Attention all JCC members and JCC39ers: There will be a "Dine Around Town" on Thursday, October 24th at Chili's, 397 East Altamonte Drive, Altamonte Springs starting at 1 p.m. 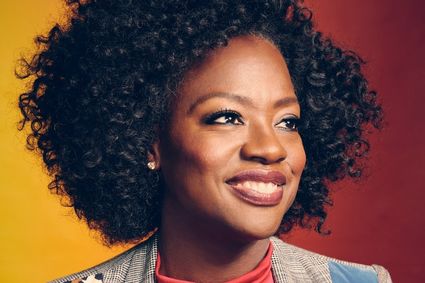 (Food again! How am I ever going to lose weight?)

Fay is fuming with anger as she enters her dry cleaners carrying a piece of laundry in her arms. She goes straight to the manager and says, "I've just had this cleaned by you and just look at how you returned it. And you have the chutzpah to advertise that you are the Number One dry cleaners in Orlando!"

The manager looks it over and says, "It seems OK to me, madam. I can't see anything wrong with the way we cleaned this lace tablecloth."