The Jewish Film Festival is back with more thought-provoking movies 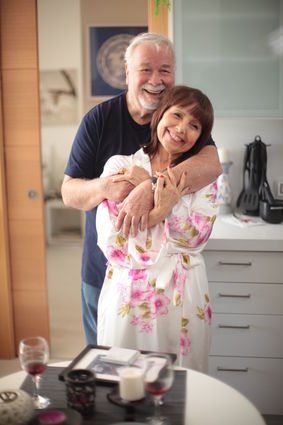 Beno and Tami find love in "Love in Suspenders."

For 21 years The Roth Family JCC's Jewish Film Festival in partnership with Maitland's Enzian Theater has been entertaining the community with exceptional films. This year's crop of films continues this reputation as well as adding one more film. From intrigue to love-in-later-life to a documentary, the films cover the gamut of topics.

The series kicks off on Nov. 9, at the Orlando Science Center (777 E. Princeton St.), 7:30 p.m., with the 15-minute film "How To Swim," which isn't really about swimming-it's much more than that. As you watch a young pregnant woman befriend an older woman, you begin to wonder "Where is this going?" And soon you understand-and smile.

Filmed in Israel in 2018 and directed by Noa Gusakov, it was nominated for Best Short Film by the Israeli Film Academy. The film is in Hebrew with English subtitles.

Following "How to Swim" is the full-length movie "Love in Suspenders," which is also in Hebrew with English subtitles.

This romantic comedy reminded me of the movie "The Ghost and Mrs. Muir" (1947) because the lead character, Tami, still clings to her deceased husband, Yoni (Israeli Oscar winner Shlomo Bar-Aba), who refuses to let her go. He is very real to her (we see him too). Enter Beno. He is a widower whose heart of gold is larger than his pocketbook. Through a series of comedic interludes, the two find love with each other. It is the age-old story of letting go of the past to move on in life and love. Curious about the title, I did some research. Apparently, in Israel senior discounts shopping day is called Tuesdays in suspenders (shlishi b'shlaykes in Hebrew). So there you have it. Love is not spent only on the young. Thank goodness!

"Love in Suspenders" was filmed in Israel in 2019 and directed by Jorge Weller.

Morris "Moe" Berg was a catcher and coach in Major League Baseball in the 1920s-'30s. He was just an average ball player and probably wouldn't be remembered except for his stint as a spy for the Office of Strategic Services during World War II. A brilliant man-he spoke several languages and could learn a language in a very short period of time, and read on average 10 newspapers a day-he was known as the "brainiest guy in baseball." This well-done documentary of Berg's life is entertaining even if you don't like baseball.

Made in the USA in 2019, and directed by Aviva Kempner-and it's in English. No subtitles!

Take a break after "The Spy Behind Home Plate" but come back at 2 p.m. for "Leona."

Filmed in Mexico (it is in Spanish with English subtitles), this film is immediately recognized as a story about a young woman, Ariela, having to choose between forbidden love and her Syrian-Jewish family and community. But is it just that story line? Throughout the movie, I kept wondering who 'Leona' was. She is never mentioned. The lead character is named Ariela. As it turns out, Ariela has stepped out of the traditional box of having to choose one way or the other and comes into her own feminine being. Her name is Ariela, which means lioness and in Hebrew, lioness is Leona. Ah, now I get it!

"Leona" was directed by Isaac Cherem.

"The Interpreter," shown on Monday, Nov. 11, 4 p.m. at the Enzian Theater, is full of mystery, intrigue, and plot twists.

Ali's parents were killed by the father of Georg, a 70-year-old a womanizer. This unlikely pair set off together to discover the truth about their fathers. Ali is looking for where his parents are buried; Georg wants to learn about his father's dark past.

Georg had always heard how honest and great his father had been. But with Ali's arrival (with gun in hand), was what he'd always believed the truth? As the two travel through the beautiful landscape of the Carpathian Mountains-Ali translating information that leads to the truth about Georg's father-Georg wonders, "Is it easier for the son of a murderer than the son of the victim?"

The changes in Georg become obvious as he sees the truth about his father, however there is just one more twist...

Filmed in Slovakia,Czech Republic and Austria in 2018, "The Interpreter" was directed by Martin Sulik. It is in German, Slovak and Russian with English subtitles.

This film has the most interesting plot! Salam (who reminded me of Kramer on "Seinfeld") is a Hebrew translator on the Palestinian soap opera "Tel Aviv on Fire," which is extremely popular among Palestinians and Israelis. Salam must travel through Israeli checkpoints to get to the TV studio in Ramallah. At the checkpoint he meets Assi, the commander of the checkpoint, whose wife loves the TV show. Assi uses his position to get Salam to change the end of the story. As the behind-the-scenes plot thickens, Salam is caught between what Assi would like to change on the show and what the Arab producers envision. He comes up with an only-Kramer-could-think-of-this solution, leaving everyone happy. This film is truly the intermingling of real life acted out in a TV show. Oh, if you don't know what a Kramer solution is, then watch the movie!

Filmed in Luxembourg, France, Israel and Belgium in 2018, and directed by Sameh Zoabi, "Tel Aviv on Fire" won Best Film awards at Venice, Seattle and Haifa and Best Actor at Venice. It is in Arabic and Hebrew with English subtitles.

Wrapping up the Film series on Tuesday, Nov.12, 7 p.m., at the Orlando Science Center is "The Reports on Sarah and Saleem."

Two married people having an affair can be complicated. But a Palestinian and an Israeli having an affair in Israel can become a sticky political wicket. Based on true events, we see that telling lies to cover up a betrayal quickly escalates into something that never was and gets completely out of control. 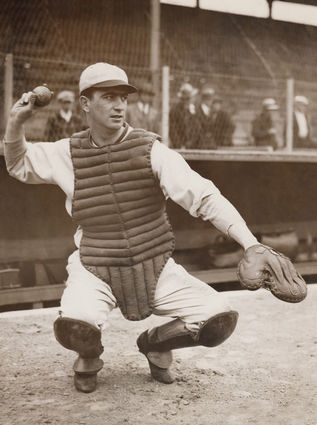 Moe Berg was the "The Spy Behind Home Plate."

"The Reports on Sarah and Saleem" received the Grand Jury Prize for Best Feature at Seattle and a Special Jury Prize for Best Screenplay and the Audience Award at Rotterdam. Filmed in Palestinian Territories, Germany, Netherlands, and Mexico in 2018, and directed by Muayad Alayan. The film is in Arabic, English and Hebrew with English subtitles.

General admission tickets are only $12 and can be purchased at https://enzian.secure.force.com/ticket

Oh, don't forget Saturday Night Out! On the first night of the Jewish Film Festival, Saturday, Nov. 11, from 5:30 p.m.-10:30 p.m. children ages 18 months to Grade 6 can hang out at the JCC. When purchasing tickets to the movie, show your receipt at the Registration Desk or forward to register@orlandojcc.org and the JCC will give you the total spent as a rebate off the Saturday Night Out registration (up to $23 off). For more information about Saturday Night Out, contact Kacie Zemel at kaciez@orlandojcc.org.