By Natalie Sopinsky
Director of Development, Rescuers Without Borders 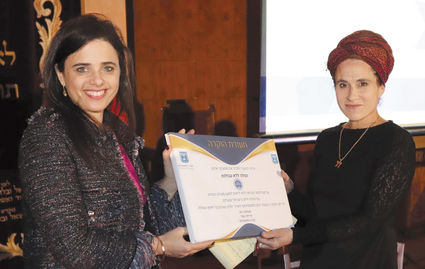 It was during the Second Intifada, horrific terrorist attacks were breaking out daily-shootings, bus bombings, tragedy after tragedy.

An attack in Otniel, in the Hebron Hills, left a student and teacher severely injured. Two local doctors quickly arrived on the scene, and did all they could to save them. Sadly, they weren't able to.

The doctors poured their hearts out to Rabbi Ovadia Yosef, the Chief Sephardic Rabbi of Israel.

"We could have saved them. They could have still been alive. But we didn't have proper equipment."

"Aren't there rescue services in the area?" asked Yosef.

Shockingly, the answer was no.

Jews all over Israel were under attack, but in Judea and Samaria, there were no local rescue services. No ambulances, no equipment, no emergency responders. The Chief Rabbi was rightfully shocked to hear this. He turned to his assistant, Arye Levy, asked him about it, and then said, "you need to set it up."

Levy, who had experience as a medic and ambulance driver, got straight to work, and in 2000, Hatzalah of Judea and Samaria, now known as Rescuers Without Borders, was born. Made up entirely of volunteer medics, the new rescue organization began taking emergency calls, filling in where Israel's Magen David Adom responders had been unable. These volunteers had a unique experience - they knew how to save lives under fire, in difficult hilly terrain, and with hostile surroundings.

The Indian Ocean Tsunami of 2004 was one of the deadliest natural disasters in recorded history. Once again, Rabbi Yosef turned to Levy, "you must go."

The young organization quickly put together a delegation, and arrived on the scene, to a city called Gal. They were the only ones there, and on their first day they treated several hundred people for injuries. After an exhausting 18 hours, the local director told them they couldn't be there the next day. U.S. Secretary of State Colin Powell, was coming to visit, and the Red Cross, who would be arriving in the morning, had to be the ones to show him around.

Powell arrived an hour after the Red Cross, and knew something was up. There was no way the Red Cross could have treated thousands of patients in just one hour. Then he saw the blue supply boxes, with Hebrew letters, and a Star of David.

"The Israelis were here."

Rescuers Without Borders quickly made a name as the first to arrive on the scene of humanitarian disasters; not looking for attention or media, just quickly and quietly there to save lives. In areas of long-term humanitarian crisis, the organization trains local medics to create a volunteer force of their own, and today, there are 230 Rescuers Without Borders volunteers outside of Israel.

When they asked me to direct the development team, I had been living in Judea for 11 years already. I knew the need, firsthand. Judea and Samaria is not only a hotspot for terror, it is also topographically complex; the communities are spread out between hilltops, with long windy roads and dirt paths connecting in between. From some areas, the nearest hospital can be a dizzying 90-minute drive.

The reality in Judea and Samaria is like its people: brutal, honest, and very real. The Second Intifada is long over, but now we have stabbings, stone throwing ambushes, occasional missiles, and molotov cocktails. Strangely, we've come to thrive here. This same realness is now home to 950 Rescuers Without Borders volunteers, who have taken the highest level of paramedic training, and will drop everything to come save a life.

Our volunteers now work throughout Israel, with a concentration in Judea and Samaria, Jerusalem, and the Gaza envelope, treating civilians, soldiers, and Arab residents of surrounding villages. This past year alone, we responded to a total of 82,320 emergency events, including everyday emergencies, like road accidents and home injuries; and dangerous situations under live fire, while wearing bulletproof vests and pulling terror victims to safety.

As the heroic and kindhearted reputation of our rescuers spreads, many Arabs in surrounding villages have learned to turn to us when they are in desperate need, sometimes pulling up to the gates of Jewish communities, knowing they'll receive top emergency medical care.

We began 20 years ago, as a desperate response to harrowing terror. Today we're shining a strong light around the world; saving lives, and training others to save lives. Sometimes, out of a brutal reality, something beautiful is born.

Meet Natalie Sopinsky and learn more about Rescuers Without Borders when she speaks at Fellowship Church on Dec. 8, 7 p.m. The church is located at 5340 Red Bug Lake Road, Winter Springs. The event is free and open to the Jewish and Christian communities.