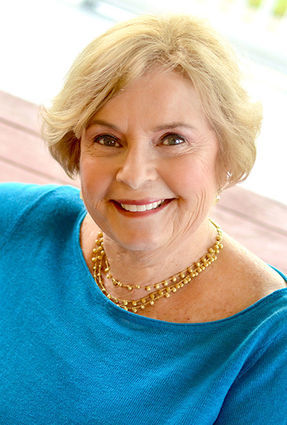 "WJC President Ambassador RONALD S. LAUDER welcomed the U.S. House of Representatives' resolution condemning the Boycott, Divestment, and Sanctions movement as a positive and encouraging step in the fight against blind anti-Semitism. The resolution passed in a vote of 398 to 17.

The fact that this resolution passed with such overwhelming bipartisan support is a sign of hope for the future of Israel-related issues in the U.S. government. Support for Israel should never be turned into a partisan issue. Boycotts have historically served as effective tools for furthering the aims of social justice movements, but we must not fool ourselves when it comes to the BDS movement against Israel. This movement does not seek peace, nor the promotion of human rights. The sole aim of BDS is the removal of Israel from all world maps.

Opposing this movement is of critical importance across the political spectrum. Let's hope that this is the beginning of the end for this hateful ideology."

"On the 25th anniversary of the attack on the AMIA Jewish Community Center in Buenos Aires, Argentina, which killed 85 people and wounded hundreds more, Argentina moved to declare Hezbollah as a terrorist entity.

The Argentine government has taken a long-awaited step in the international fight against global terror by including Hezbollah on its list of terrorist entities" according to WJC. "For more than 35 years, Hezbollah has terrorized the globe, under the long arm of its patron Iran, and yet continues to be granted immunity and impunity by several nations and international organizations."

Who you calling a senior?...

Actually, I'm a senior and proud of it! And all other seniors out there probably know about the Orlando Senior Help Desk, but for those who don't, here is the info:

"Who can you turn to when you need advice or have questions on issues affecting seniors? The Orlando Senior Help Desk offers guidance, free of charge, on living options, care options, insurance, legal assistance, and more. The experienced and knowledgeable consultants help families navigate a complex array of alternatives with caring and compassion.

On Sunday, Nov. 24 at 2 p.m., the movie "Second Act" starring Jennifer Lopez will be shown.

There will be refreshments available.

The event takes place in the Maitland JCC Senior Lounge.

On Monday, Nov. 25, at 1 p.m. in the Maitland JCC Senior Lounge, the program will be HARRIET WEISS "Bubbe Meises."

Refreshments will be served after the event.

On most Tuesdays, (excluding holidays), many games will be played, beginning at 1 p.m. in the Maitland JCC Senior Lounge.

Some of the favorite games played are as follows, Mahjong, Dominoes, Canasta, Pinochle and Bridge.

Those who would like to organize their own game, are welcome to join in.

This is a gal I've known for a long time and have always found her to be pleasant and loving, caring and absolutely wonderful. And I know that all of you who know her feel the same way.

Also, I recently required help for my television programming at Spectrum. I was lucky enough to get connected by phone with a technician named Shalimar. What terrific service she gave me! And she never left me hanging. She fixed my problem!

Mervyn and Kitty are sitting in an expensive kosher restaurant in Orlando enjoying their salt beef and latkes when Mervyn notices Kitty staring at a man at the next table. The man looks decidedly drunk, so Mervyn asks Kitty, "You've been watching that man for some time now. Do you know him?"

"Has he always been a heavy drinker?" Mervyn asks.

"No, not always," Kitty replies, "but he's been drinking like that ever since I left him six years ago."

"That's remarkable," says Mervyn, "I didn't think anybody could celebrate that long."

(Kitty hasn't spoken to Mervyn since.)