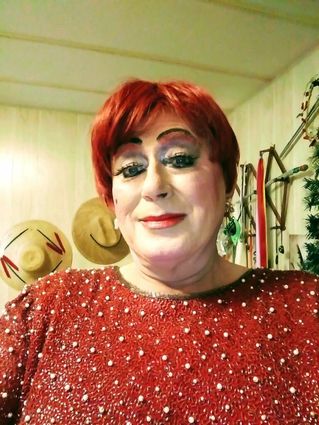 I know Veteran's Day has past but...

I wanted to salute all of our servicemen and women, and veterans. I also want to salute their families who have prayed and worried for their loved ones.

(I've been there so I know how hard it is. Our eldest, DAVID is a Navy commander and a former soldier who served in Iraq. Our middle son, Dr. STEVEN, a psychologist, worked with recruits at Great Lakes Naval Training Center, Illinois, and our youngest son,

RON, served in the Navy on a minesweeper in the Persian Gulf. That's the cause of my grey hair and wrinkles!)

I love this country as do you...

Here is a poem to express that love. I don't know the author but to whomever, thank you!

Dear Lord, I've fought for freedom for many nights and days,

It's now on bended knee I come to you, these words please hear me pray.

For all my friends and patriots who never said a word,

Just raised their hand and gave a nod when they were asked to serve.

Please honor them and hold them, your love keep them from harm,

May they find some peace tonight in your loving arms.

For all who love this country and stood up so brave and true,

It's only for her rights we fight, God bless the red, white and blue. AMEN

This makes me happy to report...

I read this recently in the World Jewish Congress digest and pass it along:

"The WJC welcomed the decision of the Republic of Kosovo to include Hezbollah on its list of terrorist organizations, calling the move a 'principled step in the critical quest for international peace and security.'

The global community has been terrorized for more than three decades by Hezbollah and its operatives, who have executed their violent actions under the patronage of the Islamic Republic of Iran across nearly every continent and yet several top international organizations, including the United Nations, still refuse to recognize Hezbollah in its entirety as the terrorist entity that it is.

It's clear there is absolutely no distinction between the military wing of Hezbollah and the political arm which guides it. The international community must be united and uncompromising in its fight against radicalism, fundamentalism, and extremism. We must never grant leniency or impunity to those who wish to undermine our core values of freedom, democracy and liberty for all."

And speaking of the United Nations...

During the height of the Gaza protests last spring, UNRWA-run schools were closed, encouraging students to join the protest and riot at the border.

Also, despite the U.S. ambassador's heroic efforts, the U.N. Security Council refused to explicitly condemn Hamas' border riots, missiles, terrorist tunnels and attacks on Israeli civilians, even as it condemned the actions Israel took in self-defense.

And, in its 12-year existence, the U.N. Human Rights Council has held eight special sessions to specifically target Israel, according to the Simon Wiesenthal Center, but done virtually nothing on Syria and other serial human rights abusers around the world.

Let's change the subject so I can smile...

This is usually my favorite show of the year. I so look forward to it, although the "gals" are prettier than me!

(okay, I need a face lift, some weight loss and a new outfit so I don't feel so depressed surrounded by such beauty!)

To RSVP, email to PATTI DICK at prdick44@yahoo.com

On Dec. 1st in the Roth Family JCC Social Hall, Maitland, the movie "Welcome to Marwen" starring Steve Carell will be shown. Refreshments are available.

1 p.m. in the Roth Family JCC Social Hall, Maitland, on Dec. 2nd, Israeli artist Ynon Mabat will be featured. Refreshments will be served.

For terrific exercises of all types, you want to find out about "Get Fit At The J." Check their website:

I recently went with my friend to Anthony's Pizza Restaurant on Semoran Blvd (Hwy 436) and Howell Branch Road. (I didn't eat, remember! I just watched my friend enjoy the fabulous Italian food and enjoy the equally fabulous service of DUGGIE, a helper, cashier, etc., and DEBBIE, a waitress. Duggie said he has been working there for about a year and Debbie says she is there for more than 18 years! (How does she stay so slim? And while we're on the subject of looks, Duggie is verrrrrrrry handsome!)

Christine and Daniel fall in love and decide to get married-but only on condition that Christine becomes Jewish. So she goes to see Rabbi Levy for some advice. 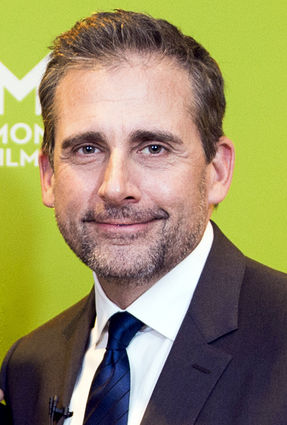 Rabbi Levy tells her, "You will have to learn how to keep a kosher home, light shabbus candles, keep two sets of crockery and a few other simple things."

"That sounds easy to me, rabbi," says Christine, "I can easily do that."

Then Rabbi Levy says, "The last thing is, you must go to a mikva."

"It's a pool of water," answers Rabbi Levy, "and you must immerse yourself completely for a few seconds."

"I'm sorry, rabbi, but I have a phobia about putting my head underwater. I'll go into the water up to my chin but I won't put my head under the water. Will that be OK?"

"I suppose it will do," replies Rabbi Levy, "you'll be mostly Jewish but you will still have a 'Goyisha kop'."