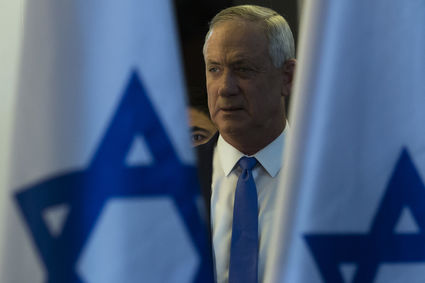 (JNS)—Israel might be headed to a third election after all since Blue and White leader Benny Gantz could not cobble together a coalition government. His efforts followed those of Israeli Prime Minister Benjamin Netanyahu, also the head of Likud, who was also unable to form a government.

“I asked of the prime minister, who lost in the election, to hold direct negotiations. And in response I received insults, slander and childish videos,” said Gantz. “The people chose me and my colleagues in Blue and White to lead Israel. No one has the right to prevent the people from their choice.”

Israeli lawmakers now have 21 days in which any of the 61 Knesset members can back any member of the Knesset as prime minister, including Netanyahu or Gantz. If that fails, Israel will go to an unprecedented third election in less than a year.

Yisrael Beiteinu head Avigdor Lieberman announced on Wednesday he would not support a minority government led by Gantz or a coalition led by Netanyahu.

“There is no chance. We will not join either a limited right- or left-wing government or a minority government,” said Lieberman during a Yisrael Beiteinu meeting in the Knesset. “Whatever sort of government that would be, it would not survive and would not be able to function to do what is needed for the country.”