Learn about Israel's Rescuers Without Borders 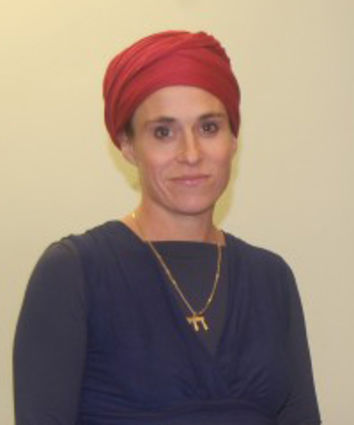 In 2000, Israelis found themselves caught up in the second intifada in which thousands of terror attacks took place all throughout Israel. The injured Israelis who resided in Judea and Samaria waited hours for emergency response teams to reach them. Realizing something had to be done, the volunteer organization Rescuers Without Borders was founded.

Today there are more than 1,000 volunteer medics, paramedics and doctors who are always on call, ready to help anyone in need in Judea and Samaria. Recently, Rescuers Without Borders has expanded its reach to countries outside Israel's borders. They have become known as the first response team to natural disasters anywhere in the world.

RWB's development manager, Natalie Sopinsky, will be in town on Dec. 8 to talk about this unique volunteer organization and the life-saving stories from rescuers in Israel's most challenging terrain.

Sopinsky is from Delaware, raised in an "all-American Conservative Jewish family." Today, she is a "pistol-wearing, hitch-hiking settler living in the Hebron Hills." A lawyer, lifeguard, and Zumba instructor, the mother of five children, and wife to a native Philadelphian, she represents 150 communities in Judea and Samaria as director of development for RWB.

Come hear Sopinsky at Fellowship Church, 5340 Red Bug Lake Road in Winter Springs, on Dec. 8 at 7 p.m., an Oneg will follow. This event is free and open to the public.