Christian Zionist group dropped by Amazon, claims it is being targeted for pro-Israel views 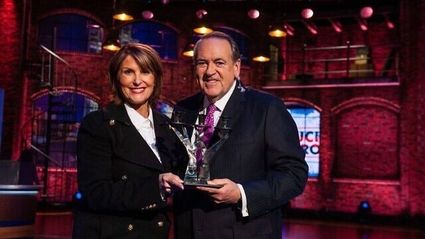 (JNS)-Proclaiming Justice to The Nations, a Tennessee-based nonprofit evangelical Christian organization committed to standing with Israel and fighting anti-Semitism, has been removed from the AmazonSmile program, which enables Amazon customers to donate a percentage of their purchase to their favorite charity.

PJTN president Laurie Cardoza-Moore told JNS that "all of a sudden, we began being inundated with e-mails from supporters whose AmazonSmile donations to Proclaiming Justice to the Nations had been repeatedly rejected. They were being instructed to choose another charity, despite wanting to support PJTN."

After reaching out to Amazon for an explanation-assuming it was a technical glitch-the retail giant informed PJTN that customers would no longer be able to donate toward the organization using the AmazonSmile platform, following the listing of PJTN as a "hate group" by the Southern Poverty Law Center.

The SPLC, whose website says that part of its mission is to monitor domestic hate groups in the United States, has PJTN listed on its "hate map" as being one of 36 Tennessee-based hate groups. SPLC specifically accuses PJTN of being "anti-Muslim."

An email request by JNS to SPLC asking for an explanation about their listing of PJTN went unanswered as of press time.

When asked by JNS what would cause the SPLC to label her organization as being anti-Muslim, Cardoza-Moore responded, "Proclaiming Justice to the Nations exists to fight the oldest hate on earth: anti-Semitism. We were given no explanation as to why we were blacklisted. If our work highlighting anti-Semites like [Reps.] Ilhan Omar [D-Minn.] and Rashida Tlaib [D-Mich.] got us on the list, we'll wear it as a badge of honor. Despite the financial penalties that we are facing with AmazonSmile, we will not be silenced for fulfilling our biblical responsibility to defend the State of Israel and Jewish people in the face of growing global anti-Semitism."

She added that "sadly, the SPLC lost its way long ago, becoming a tool to shame any organization that doesn't share their extremist agenda."

Cardoza-Moore says that initially, she thought it was a joke that PJTN had been placed on the SPLC list of hate groups alongside the KKK. However, she said that "I have now learned that this political witch hunt against those who don't share SPLC's extremist liberal views has been adopted as a religious doctrine by Amazon. This could dramatically affect our ability to raise funds and function as a nonprofit organization."

She added that it appears that Amazon "has become the nation's new moral compass powered by the subversive Southern Poverty Law Center. Charities should not be persecuted in this way; this has to stop."

An Amazon spokesperson confirmed to JNS via email that PJTN had been dropped, saying in a general statement that according to their policy, "organizations that engage in, support, encourage or promote intolerance, hate, terrorism, violence, money laundering or other illegal activities are not eligible."

The statement mentioned that since 2013, Amazon has relied on the SPLC along with the U.S. Office of Foreign Assets Control (of the U.S. Department of the Treasury) to make its determination on which organizations are eligible for the AmazonSmile program.

Cardoza-Moore says that as a result of being dropped, she is calling on her donors to bypass Amazon in order to help support Israel and combat anti-Semitism.

"We have asked our donors to continue supporting PJTN directly instead of through AmazonSmile. Nobody will silence us, even when we stand up against giants like Amazon; we know that we have truth and justice on our side," she said.

"Our answer to this hateful blacklisting will be to continue building more PJTN chapters across the United States and beyond. We will continue to fight anti-Semitism and defend the State of Israel, wherever and whenever necessary," she continued. "We will endeavor to reach more people than ever because our message is needed now, more than ever."

A statement from PJTN says that in recent months, the organization has led the struggle against the BDS movement in the United States with a wave of state resolutions, and has exposed textbooks used in public schools that it says are indoctrinating children with inaccurate historical information and bias that do not reflect American values.

In 2016, JNS reported that PJTN drafted the state of Tennessee's anti-BDS resolution, which passed in the General Assembly, making it one of the first states to pass such state-level legislation against BDS.