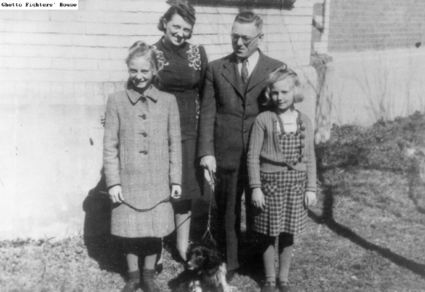 Josef and Elfriede Meyer and daughters Hanne and Herta.

First of all, I want to say, "Happy Chanukah to everyone!"

"Whoever saves a single life"...

To continue this saying from the TALMUD, "is as if one saves the entire world."

This brings up the story of Josef Meyer, who saved many Jews from Nazi slaughter.

Josef, his wife Elfriede Meyer and their two girls, HANNE and HERTA, were a devout Catholic family with a passionate belief in the values of humanism and democracy. Josef worked in the agricultural administration in Germany but was forced to retire in 1938 when his anti-Nazi views became known.

With the outbreak of war in September of 1939, Josef was arrested by the Gestapo because of alleged anti-war incitement. He was released soon after with no charges filed against him. An influential friend obtained a lucrative position for him as agricultural expert in German occupied Poland. He was eventually appointed director of the Department of Supplies and Agriculture. In January of 1942, his wife and two daughters joined him.

He eventually became friends with Dr. Altmann, a Polish Jewish lawyer, who became his escort on inspections. Josef confided in him about his anti-Nazi convictions and his horror at the treatment of the Jews. He said, "I am a devout Catholic and an uncompromising opponent of this criminal regime. Please pass on confidentially to all your friends that within my own sphere of responsibility I shall do my utmost to help them."

And help them, he did... in many ways. He, and his family were eventually recognized as "Righteous Among the Nations" by Yad Vashem.

There were other non-Jews who did the right thing. Some of them are still alive, possibly in their 80s, 90s, and 100s. Many are in poor health or living in poverty.

If you want to help, visit http://www.jfr.org for information.

Recently, as a homeowner in the Eastbrook subdivision in Winter Park (for 55 years), I was invited to the annual Chanukah/Christmas party for residents and their friends and family. The party was held (as it is every year) at the home of president of the Eastbrook Homeowners Association, SCOT MYERS.

What a great time... what delicious food in endless amounts...what lovely neighbors! (And best of all... Scot's fabulous tasting meatballs!) I saw old friends and also made new ones, one of them being Scot's younger sister, a lovely gal and soooo pretty! (Like I used to be... oh shut up!)

I look forward to next year's great party!

One must register to volunteer. Go to

On Dec. 22nd at 2 p.m. in the JCC Senior Lounge, the movie "The Art of Racing in the Rain" (based on the best-selling novel) will be shown. It is a very entertaining movie and you will find by attending, that dogs can do a lot of things better than we can. Most can see better, hear better, and smell and sniff way better! (I love dogs!)

The Chanukah Holiday Party will be a catered lunch beginning at 12:30 p.m. on Dec. 23rd. The lunch consists of eggplant parmesan, house salad, garlic knots, and dessert.

Entertainment will be provided by CHARLIE RUSSO, and his accompanist, JERRY BRUNO, (two extremely talented guys!) 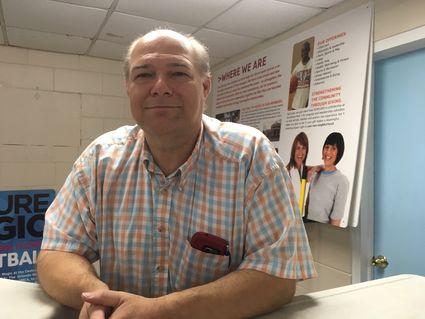 The next lunch event will be held on Dec. 26th at 1 p.m. at Toojays Deli, 515 East Altamonte Drive in Altamonte Springs. (My favorite restaurant for matzo ball soup, yum!)

(They better not run out of my matzo ball soup!!)

Bernie awakes and, as he's been doing now for over 35 years, he immediately goes into the bathroom to get ready to go to work. But 15 minutes later, he's still in the bathroom and it's no surprise that his wife Renee finally hammers on the door and shouts out, "What on earth are you doing in there, Bernie? Why are you taking so long?"

"It's simple, Renee," Bernie shouts back. "As I get balder and balder, it's taking me longer and longer to wash my face."