'Jews of Florida-Centuries of Stories' brings the past to life 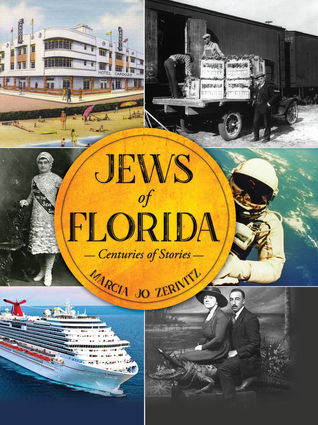 "What Macaulay was to the history of the English, Marcia Jo Zerivitz is to the history of Florida Jewry. She has salvaged the records of the past and turned the struggles and successes of the dead into a living, breathing narrative," said Stephen J. Whitfield, professor emeritus of American Studies, Brandeis University.

The first comprehensive history of the Jews of Florida from colonial times to the present is a sweeping tapestry of voices. Despite not being officially allowed to live in Florida until 1763, Jewish immigrants escaping expulsions and exclusions were among the earliest settlers. They have been integral to every facet of Florida's growth, from tilling the land and developing early communities to boosting tourism and ultimately pushing mankind into space.

The Sunshine State's Jews, working for the common good, have been Olympians, Nobel Prize winners, computer pioneers, educators, politicians, leaders in business and the arts and more, while maintaining their heritage to help ensure Jewish continuity for future generations.

This rich narrative-accompanied by 700 images, most rarely seen-is the result of three-plus decades of grassroots research by author Marcia Jo Zerivitz, giving readers an incomparable look at the long and crucial history of Jews in Florida.

Many Central Floridians are familiar with Zerivitz. She was the first woman president of the Jewish Federation of Greater Orlando (from 1978 to 1980). In 2015, Zerivitz volunteered to serve as the guest curator of Orlando's own Jewish history exhibit and its book, "Kehillah: A History of Jewish Life in Greater Orlando."

"When I was approached in May 2015 to curate the Kehillah exhibition to commemorate the centennial of Congregation Ohev Shalom, I was honored and enthusiastic to continue my passion of documenting Florida Jewish History. For me, this is all about roots and memory. Like cut flowers, Jews wither without their roots. Our collective memories are our roots," Zerivitz said in the "Kehillah" introduction.

From 1984 to 1992, Zerivitz traveled 250,000 miles throughout Florida, conducting grassroots research and retrieving the state's hidden, 250-plus year Jewish History, resulting in a major archive and the MOSAIC: Jewish Life in Florida exhibit that traveled to 13 cities from 1990-1994. 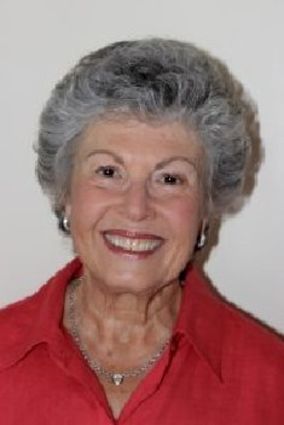 In 1995, she transitioned that project into the Jewish Museum of Florida on Miami Beach, enveloping the collections and presenting more than 70 exhibits with 500 educational programs in 16 years. Zerivitz has authored historical exhibitions, articles, books, and films, and has been published nationally and internationally.

Zerivitz also initiated the legislation for both Florida Jewish History Month each January and Jewish American Heritage Month each May to increase awareness of the contributions of Jews to the quality of life for all.

"Jews of Florida-Centuries of Stories" is published by Arcadia Publishing & The History Press and will release on Jan. 6, 2020. The book will be available wherever local books are sold and online at arcadiapublishing.com.