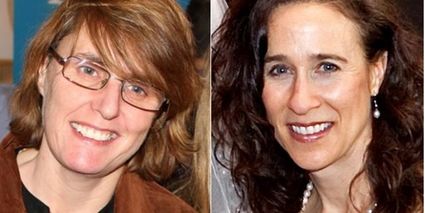 An anniversary is typically a happy occasion with fond memories. This week, Kay observes an auspicious anniversary, one which she's just grateful to be alive to experience, despite the many challenges that befell her in 2010. I suspect that she'd rather not have had the experience to be observing the anniversary to begin with, or her story being shared.

When you meet Kay today, immediately you see her zest for life, her passion, and boisterous outgoing personality infusing everything she does. As you get to know Kay, you learn about and appreciate her wit and sense of humor. Going through what she went through, you almost have to have a sense of humor, and deep sense of faith. Yet, beneath the exterior that gives no sign of anything wrong, Kay is still scarred, physically and psychologically.

Kay is a licensed tour guide in Israel, the best of the best. She has knowledge of Israel that's second only to her passion for Israel. In the fall of 2010, Kay was hosting Kristine, a Christian friend from the U.S. and they decided to go for a hike in the Judean Mountains. When Kay and Kristine met, she was struck by Kristine's sincere desire to learn about Israel and its history. That's how their relationship began, and how their lives would be forever intertwined.

On their hike they came upon two Palestinian Arab terrorists lurking in the woods. The terrorists were not there by coincidence. Their presence and subsequent actions were premeditated as they lurked in prey for people exactly like Kay and Kristine. Provoked only by their hatred, and "aided" by carrying huge machetes, the terrorists, bound, gagged, attacked, and stabbed both women numerous times. Kay was sure her life was over. She prayed that it be quick.

Kristine, a devout Christian, fought with her attacker while screaming for help, and was gravely wounded. She called out to God as the godless men stabbed her repeatedly. Kay was bound and gagged and stabbed 13 times. One wound missed her heart by only 4 mm. She tried to lie motionless, playing dead to make the terrorists stop their butchery, or maybe with the faint hope that she would not die, despite thinking that she was already dying. Kay was helpless to the cries of the attack that Kristine was enduring nearby.

Eventually, the terrorists left both women for dead. Kay, still bound, mustered the strength to seek help, knowing that if she didn't, they would both surely die. Conflicted by leaving Kristine behind, but knowing she couldn't do anything for either of them bound and gagged, Kay was able to walk more than a mile, barefoot, through the forest, to seek help. Her wounds were bleeding and many bones were broken, but she was determined to get help, or at least not to die where nobody would find her.

By the time help arrived it was too late for Kristine. Fortunately, because Kay was able to stab one of the terrorists with a pen knife, security personnel were able to retrieve DNA that would help find and convict the terrorists not just of Kay's attack and Kristine's murder, but of the murder of another Israeli woman a few weeks earlier.

Kay refers to the paramedic who saved her as her angel. Without him, she knows she wouldn't have been alive to tell her story. As a terror victim, Kay still suffers physically, as well as from post traumatic stress disorder. She received lots of help from many, and still does. Yet she also has so much to give as well, and is a great source of inspiration. Since then, and because of the attack and those who helped her, Kay's life has a new sense of meaning, of purpose. There's so much more for which she is grateful. Yet she is determined to confront not just Arab terror, but the funding of it from the west as well as moral equivalence that makes it seem "normal" for terrorists to target Jews and Israelis, even Christians who associate with Jews and Israelis.

The week of the attack, the Torah portion was read about Joseph reuniting with his brothers, the same brothers who wanted to kill him and threw him in a pit and left him for dead (Genesis 50:20). Kay is introspective and believes, as Joseph affirms in the scripture, "What man meant for evil, God meant for good." She may rather that she was never in the place she is now, but thrust there, she is a living inspiration to make something good out of it.

Good and evil are like black and white for Kay. Yet, unlike her attackers, she is not consumed with hate. More than many Israeli Jews, Kay is blessed to have many close friends who are Arabs. For her there's no paradox. You're either good or evil. Good is meant to be embraced and evil is meant to be fought, just the way she did when she fought her attackers. 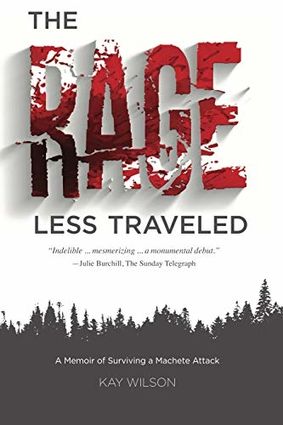 Nothing can make up for Kristine's senseless murder. But Kay is determined that by telling her story, somehow, something good can come out of it. There's a book, "The Rage Less Traveled," and a documentary. By sharing her story every day since, helping others to understand the hatred, terror, and threats that Israel faces, and encouraging people to stand firmly against terrorism and not leave a stone unturned to fight against (particularly Western) funding for terrorists, Kay affirms the responsibility she bears for the life that she was given while mourning the loss of her friend.

This month, donors of $49 to the Genesis 123 Foundation's Run for Zion terror victim fund will receive a copy of Kay's book, "The Rage Less Traveled."

The Genesis 123 Foundation is a U.S. based nonprofit. Its mission is to provide meaningful ways to connect Jews and Christians with Israel in ways that are unique while blessing Israel, per God's injunction. Run for Zion is a ministry of the Genesis 123 Foundation. The IRS Tax ID number is 83-0789162 and they can be reached at 201-203-0983. Our U.S. mailing address is 33 Hageman Ln., Princeton, NJ 08540.