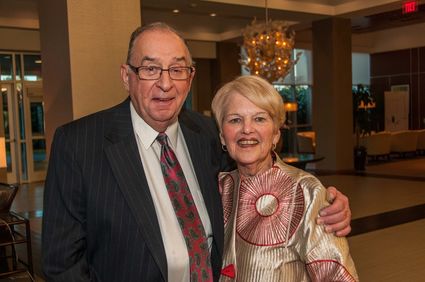 The following is part of a letter sent to Hillel from a parent:

"I never thought I would have to write anything like this. When you send your child off to college, you expect to worry about the regular things, like whether he or she will find good friends or succeed in class. You shouldn't have to worry about whether other students might hate Jews.

My son is proud of his Judaism, a feeling we worked to instill in him from an early age. He enjoyed his time at Hebrew School, became a bar mitzvah, and has always been involved in our local Jewish community.

When it came time for college, he was excited to choose a school with a large, vibrant and deeply engaged Jewish community on campus. And there is no doubt that he has found that-I love hearing about the wonderful Jewish experiences he has shared with friends and classmates at Hillel.

But he also found something we didn't expect: anti-Semitism.

Swastikas etched into classroom walls and public gathering places on campus. Jewish students harassed as they walk to class. Guest speakers using anti-Semitic imagery during their lectures. These are just a few examples of what Jewish students have had to endure at my son's school.

I hope you can understand my pain and dismay at hearing that my son, who so loves being Jewish, is beginning to feel reluctant to openly display his Jewish heritage on campus. This is not the kind of world we want for the next generation."

(This mother continued that she was thankful for Hillel being on her son's campus... and felt he was safer because of it. I sincerely hope she's right!)

On Dec. 29th in the Senior Lounge of the Maitland JCC, the film "Victoria & Abdul" will be shown, beginning at 2 p.m. It stars Judi Dench.

Refreshments will be available for purchase.

On Dec. 30th an annual Gift Exchange will take place.

If you wish to participate bring in a new unwrapped gift priced at a minimum of $5.

I refer to Dr. HENRY SCHILOWITZ. He is an amazing community leader (and a very likeable guy.)

Henry was an active volunteer leader in our medical community from day one. For many years, he provided free OBGYN services to Soviet Jews in Orlando. He was one of the first donors to our JCC and an active leader and supporter of Temple Israel and the Jewish Pavilion.

He is a wonderful husband, father, grandfather and friend. Henry was also a terrific son to his parents who lived at Kinneret apartments.

The synagogue is located at 7347 West Sand Lake Road, Orlando.

On Saturday, Dec. 28th, there will be a Chanukah Family Game Night.

Two elderly ladies, Miriam and Naomi, meet for the first time for many, many years and decide to catch up on things over a coffee and a bagel at TooJays.

"So, Miriam," says Naomi, "it's been a long time. How have you been getting on?"

"Oy, Naomi," replies Miriam, "you shouldn't have asked me that question. I think old age is terrible. I'm 75 years old and I'm 5 foot 3 inches tall. Yet when I was in my twenties, I was nearly 5 foot 6 inches tall."

"I know exactly how you feel," says Naomi. "When I was twenty-one, I was 5 foot 5 inches tall. But now I'm nearing eighty, I'm only 5 foot 2 inches tall. Old age really sucks."

Miriam and Naomi do not know that sitting right behind them is Rabbi Levy. As he gets up to leave, Rabbi Levy says to them, "Ladies, I wish you long life. Please God you should both live to 4 foot eleven inches tall."