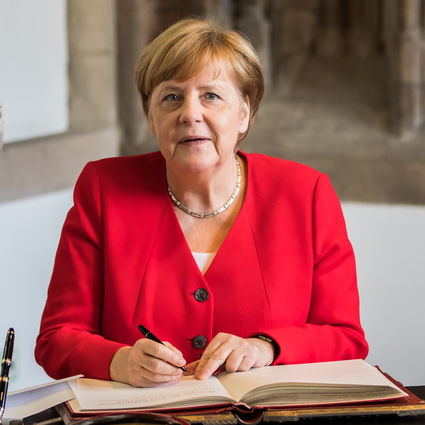 Walter "Sky" Goldstein one of the staff of the Jewish Pavilion, beloved by all, has passed away.

He touched so many people's hearts. He surely will be missed.

Before he past, he made it known that he wanted no tears but he wanted to be remembered for his gift of song.

We will keep Sky and his family in our prayers. He will never be forgotten.

I read this just weeks ago in the World Jewry Digest and pass it along in part:

WJC President Ambassador RONALD S. LAUDER honored the chancellor of the Federal Republic of Germany, ANGELA MERKEL, with the organization's 2019 Theodore Herzl Award, which recognizes outstanding individuals who work to promote Herzl's ideals for a safer, more tolerant world for the Jewish people.

The award ceremony took place at the Jewish community center in Munich, co-hosted by the Jewish Community of Munich and upper Bavaria and WJC Commissioner for Holocaust Memory, Dr. CHARLOTTE KNOBLOCH.

Chancellor Merkel expressed gratitude for the honor, saying "It is humbling that I, as a German chancellor, can receive the Theodor Herzl Award. Jewish life in Germany must be supported and protected."

Recalling the attack on the synagogue in Halle over Yom Kippur and calling it a "heinous crime that fills us with utmost shame," Chancellor Merkel said, "These are deeply troubling developments; they are directed at Jews in our country, but by no means only them. Because they attack us all: Jews and non-Jews alike, everything that our country stands on, our values and our freedoms. They hit at the core of our shared existence, because they flow from a deep hatred of democracy. We must never accept the fact that people in Germany must live in fear because of their religious convictions. We must do everything in our power to make sure they can live their lives free and safe. Anti-Semitism and racism do not begin with violent acts; it is much subtler. We must make sure not to wake up only after words have become deeds."

In presenting the award, Ambassador Lauder underscored the progress made in post-war Germany to rebuild itself and eradicate its dark past. "You, Chancellor Merkel, are the icon of this incredible success. You are the symbol of all that is good in post-war Germany. You are the guartdian of democracy, the guardian of civilization and the guardian of Europe... you have always supported the Jewish community in this country. You have always stood by Israel."

But amid this great progress, Lauder added that "the ancient hate against the Jews is rearing its ugly head again all over Europe," at violent levels unprecedented since 1945."

He continued, "We must stand united against anti-Semitism, racism, Islamophobia, xenophobia and homophobia. We must fight the haters of every people and of all people. And it's up to all of us to take action now."

(I must change the subject!) Recently I had a chance meeting at TooJay's Restaurant. I overheard a conversation complaining about the high caloried, sumptuous cheesecake the man at the next table was devouring. That man was ROBERT GELLER, a charming and fun-loving gentleman. The cheesecake was returned to the head chef and all the calories were removed! (Sure,Sure!)

Robert was business partners with the late, wonderful Joe Wittenstein. They were the first Jewish CPA firm in Central Florida. Robert's wife also passed away after a loving 70-year marriage.

We spoke for a while and I found out that he also grew up in Brooklyn. Although in his 90s, Robert keeps active and busy. (Maybe that's why he looks so young!) We also have things in common, mainly the love of jazz.

And speaking of music...

(My absolute favorite, Brazilian music will be featured! My agent is Brazilian and always books me there. I absolutely love the country, the people and THE MUSIC!)

A reminder about an event too good to miss...

On Thursday, Jan. 30th, there will be a one-woman show featuring the magnificent Dr. RUTH WESTHEIMER. It is titled "Becoming Dr. Ruth."

It will be performed through Feb. 22nd at the Winter Park Playhouse, 711 N. Orange Avenue, Winter Park.

On Sunday, Jan. 26th at 2 p.m. in the Senior Lounge of the Maitland JCC, the featured film will be "The Leisure Seekers," starring Helen Mirren.

At 1 p.m. in the Maitland JCC Senior Lounge, folks get together to play many games, Mahjong, Dominoes, Canasta, Pinochle and Bridge.

(What? No Poker? That's the only game I know how to play!)

But I'm told anyone is welcome to get a game together and join in!

For "Get Fit At The J" you can check their website

Rivkah, a very attractive and shapely 18-year-old, is in the local surgery waiting to see Doctor Myers. Her elderly bubbeh is with her. When Rivkah's name is called, they go into the doctor's office. 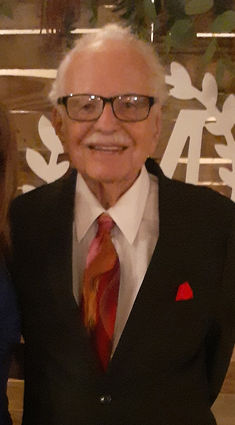 "And how can I help you today, Rivkah?" asks Doctor Myers.

"We've come in for an examination, doctor," she replies.

"OK, Rivkah," says the now smiling Doctor Myers, "could you please go behind the curtain over there, take off your clothes and lie down on the bed. Then I'll be over to examine you."

"Oh no doctor," says Rivkah, "you've got it wrong. It's not me that needs to be examined. It's my bubbeh here who does."

The smile on Doctor Myers face dissolves as he says to the bubbeh, "Oh, OK then. Please come over here, stick out your tongue and say ahhhh."

(This reminds me of one year ago when I went to the hospital and wanted a face lift. I was given a heart valve instead!)