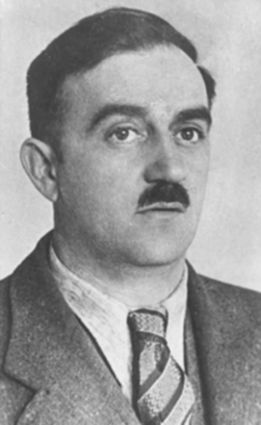 I read this recently in the World Jewish Congress digest and pass it along:

"WJC President Ambassador RONALD S. LAUDER delivered the keynote address at a recent event at the Pontifical Gregorian University in Rome, an institution of the Holy Sea. "Human fraternity: a Jewish reflection for common coexistence brought together lead figures within the Catholic church, Jewish community officials, and members of the diplomatic community to encourage and foster dialogue between the Abrahamic faiths. In his remarks, Amb. Lauder emphasized the importance of mutual respect and understanding between all religions and reiterated his endorsement of the spirit and values outlined in the Abu Dhabi Declaration on Human Fraternity, heralding it as a 'defining international document' that deserves the respect of world Jewry.

The initiative for this conference was born following the co-signing of the Document of Human Fraternity for World Peace and Living Together by Pope Francis and Sheikh Ahmed el-Tayeb, the Grand Imam of Al-Azhar last year in Abu Dhabi.

The WJC has long spearheaded dialogue between the three Abrahamic religions-Judaism, Christianity, and Islam- and has established a close working relationship with the Holy Sea.

There were many, many heroes during the Holocaust that were never mentioned as frequently as those who are well known, for instance, Swedish diplomat Raoul Wallenberg, German industrialist Oskar Schindler and Miep Gies who hid Anne Frank in Holland.

Anton Schmid is one of them. Drafted into the German army, Austrian born Anton Schmid was stationed in Lithuania in the autumn of 1941. Appalled by the dreadful conditions of the Vilna ghetto and by German massacres of Jews, he used his access to resources to provide Jews with provisions, transport to safer areas and forged papers. He also provided transportation and intelligence to Jewish resistance organizations.

Wehrmacht authorities arrested Schmid for treason in 1942. Convicted by a military court, he was executed on April 13, 1942.

He deserves to be remembered!

Getting to more pleasant things...

On Sunday, Feb. 9th from 10:30 a.m. until noon, visiting author, SUSAN TARCOV, will be at the Roth Family JCC in Maitland.

She will be discussing her book "Raisins And Almonds" a Yiddish lullaby,

"Scribble-scrabble. Scribble-scrabble. What is the noise coming from under Annie's bed? It's a little white goat, says her mother." Together mother and child create a fantastical adventure in an imaginary world. Based on the much-loved Yiddish lullaby "Rozhinkes Mit Mandlen" ("Raisins and Almonds"), this book includes a QR code link to a video recording of the song in Yiddish and English, as well as an author's note and the Yiddish and English lyrics to the song.

The event is free and sponsored by the PJ Library of Orlando as part of Tu B'Shevat themed family book day and craft workshop.

Beginning at 2 p.m. in the Maitland Senior Lounge on Feb. 9th, the movie "Stan & Ollie", starring John C Reilly and Steve Coogan will be shown. Refreshments will be available.

At 1 p.m. in the Maitland JCC Senior Lounge, SHELDON BROOK will present a film titled "A Jewish Legacy" Part A. It is a musical. Refreshments will be complimentary.

On Feb. 13th beginning at 12:30 p.m., VICTOR and BATYA GRANATSTEIN will hold their Yiddish Circle.

(I will repeat this)

Jewish scouts, family and friends of scouting in Central Florida are welcome to attend.

If you plan to attend, RSVP to info@cfcjewishscoutig.org.

Celebrate with troop 641 and Pack 641 on their 40th anniversary.

It's a lovely Sunday morning and Izzy wakes up, puts on his bathrobe and goes downstairs where his wife Rose is in the kitchen making breakfast. 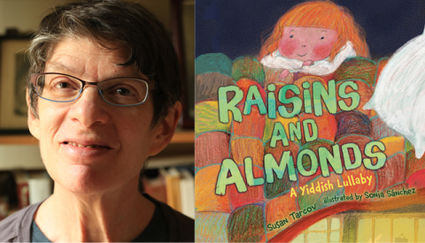 "So what's for breakfast, dear?" he asks, as he enters the kitchen.

Rose walks over to him and says, "Before I answer that, you've got to make love to me right now."

Thinking it's his lucky day, Izzy does as he's told and makes love to Rose. When it's over, Izzy asks, "Darling, why did you want to make love at this very moment? You've never wanted to do that before."

"Because I'm making you eggs and the egg timer's broken," Rose replies.