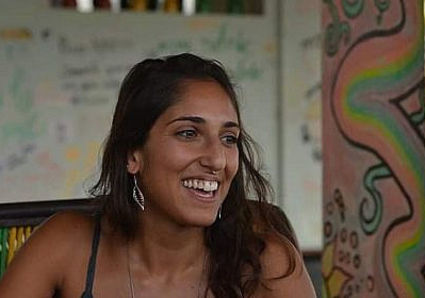 Naama Issachar, 26, was sentenced to seven-and-a-half years in a Russian prison after 9.5 grams of cannabis were found in her luggage during a stopover in Moscow, Oct. 11, 2019. Russian President Vladimir Putin pardoned her on Jan. 29, 2020.

(JNS)-Russian President Vladimir Putin signed a decree on Wednesday to pardon Naama Issachar, an Israeli-American woman imprisoned in Russia for possessing and smuggling a small amount of cannabis.

"The release was a gesture by President Putin to the prime minister [Benjamin Netanyahu]," a senior Israeli source told The Jerusalem Post ahead of Israeli Prime Minister Benjamin Netanyahu's visit to Moscow after visiting Washington, where the new U.S. Mideast peace plan was released on Tuesday. "There was no deal with Russia."

Issachar is expected to fly with Netanyahu back to Israel.

Issachar, 27, was arrested by Russian authorities in April after a small amount of marijuana was found in her luggage during a layover in Moscow. She was sentenced in October to seven-and-a-half years in prison for drug trafficking.

"I've been waiting for this moment for almost a year," Issachar's mother, Yaffa, told The Jerusalem Post. "It's been a long journey that I wouldn't wish on anyone. At this moment, what I want to do more than anything is to hug my daughter."

"With all my heart, I want to thank Prime Minister Benjamin Netanyahu for his political determination and the great lengths he went to with the Russian government," she continued. "I also want to thank the Russian President Vladimir Putin for the compassion he showed my daughter and for accepting my daughter Naama's request to return home."