Former lawmaker removed from event for challenging Tlaib on anti-Semitism 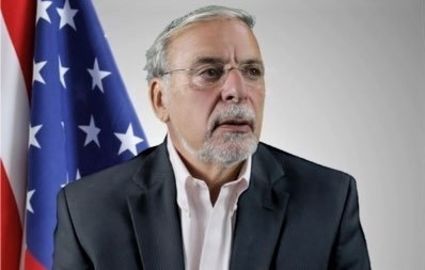 (JNS)-Former New York State Assemblyman Dov Hikind, a Democrat, was removed by police from an event earlier this week after interrupting and questioning Rep. Rashida Tlaib (D-Mich.) about her past anti-Semitic remarks.

The event at Rutgers University in New Jersey, titled "A Global Crisis: Refugees, Migrants and Asylum Seekers-Lessons from the Prophet Muhammad," was organized by the group Muslims4Peace.

"Police just ejected me from an event of @Muslims4Peace at @RutgersU which was a fine event until @RashidaTlaib showed up. I challenged her about her antisemitism and spreading of an anti-Jewish blood libel! She had no answer for me. They will never silence us!" tweeted Hikind.

As Hikind was being escorted out of the room, some of the other attendees chanted "Rashida!"

"I loved what they were saying," Hikind later said on Fox News. "Then Rashida came on at the end as the main speaker," adding that he stood up and asked her about "her anti-Semitism and spreading a blood libel."

Hikind was referring to Tlaib retweeting a post by Palestinian official Hanan Ashrawi that featured the unsubstantiated accusation that Israeli Jews killed 8-year-old Palestinian Qais Abu Ramila, who went missing in January before he was discovered dead. Abu Ramila's death was later deemed an accidental drowning.

"She literally was involved in a blood libel; she blamed Jews for the murder of this child," Hikind told Fox News. "It was a tragic situation. This child drowned. But a member of the United States Congress, without information, blamed the Jewish people."

"Not one single Democratic member of Congress, no one said anything about this. They're all busy with the president of the United States. That's all they are focused on."