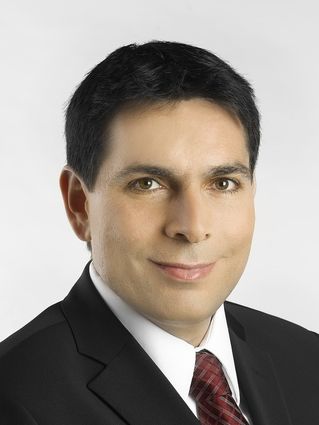 Oy Vay! More to worry about...

You know I mean the Coronavirus! All of a sudden, my sons are telling me that, at my advanced age, I am more susceptible then they are so... "Mom, stay home! Wash your hands! Don't go to crowded places, like shopping for food or clothing, no restaurants and NO KISSING!!" (So far, nobody has tried!)

"The World Jewish Congress, together with other Jewish organizations and the Permanent Mission of Israel to the United Nations, co-sponsored an event at UN headquarters to commemorate the rich history of the Jewish communities of the Middle East and North Africa who were persecuted and forced to flee from their countries in which they had lived for millennia, from the 1940s to the 1970s. In 2014, the Government of Israel designated November 30th as the official day to mark this tragic period in Jewish history.

In his remarks, Amb.Danon outlined his plans for placing the issue on the UN agenda, stating that 'denying the rights of Jewish refugees' is an attempt 'to erase them from the narrative and an anti-Semitic historic injustice.' To correct this, the Ambassador said that Israel will 'propose a resolution that will reaffirm the Jewish refugees' place in history and assure that their rights are recognized. 'I can see no legitimate reason for any member state to oppose the resolution,' he added.

Following the event, EVELYN SOMMER, Chair of WJC North America, noted that 'for too long, the world has ignored the plight of the Jewish refugees from Arab countries, who were persecuted and forcibly expelled from lands that had been their homes for hundreds and hundreds of years. These Jewish refugees from countries like Libya, Iraq and Yemen, among others, had to flee their homes in distress, leaving everything behind. It is high time to right the record of history and to recognize the facts about the Jewish communities that once lived throughout the Middle East and North Africa and to educate others about their rich heritage and culture.

The WJC has been deeply active in the efforts to call attention of the United Nations and the international community to this history in order to ensure that these Jewish communities will be remembered and their stories commemorated."

(The following moved me to tears):

"Singing, dancing, elated fortune... after 2000 years, this great miracle is accomplished. Palestine, our dear and holy country, is ours... His children are free at last; free to live with their heads high, and with human dignity...Thank with your whole being, sing and dance, fill the air with happiness, for today is the day. The day of the birth... the sacred gift which was given us on a golden platter, the State of Israel."

The MUST READ I refer to is the book, "CODE NAME: AMNON" written by DANIEL ROSENFELD.

It is the true-life story of a young man born in Palestine, who at the age of 14, was drafted into the underground resistance movement called the Haganah.

With this elite group of Jews, willing to fight, and die for the dream of a people, the reader gets a glimpse into the secret operations that toppled the mighty British and drove back countless Arab attacks.

Despite his youth, Amnon's own talents were responsible for numerous Israeli victories and many embarrassing British failures.

This story takes the reader from the early struggle to establish a Jewish homeland, to the jubilation of seeing an age-old dream become a reality. This is a side of the Arab-Israeli conflict never told before, (including Britain's hand in it).

Starting tonight: A Must See...

I refer to the musical "The Andrews Brothers." (No. Not a mistake... I meant "Brothers, not Sisters!")

When an Andrews Sisters USO performance is in jeopardy of cancellation, three earnest male stagehands are determined to go on with the show. (Funny stuff. Everyone knows that "the show must go on.")

This musical comedy is filled to the brim with 30 songs made famous by the Andrews Sisters and other top artists of the era, including the showstoppers "Boogie Woogie Bugle Boy," "AcCentTchuAte the Positive," Don't Sit Under the Apple Tree," and many more.

(I'm too young to know these songs. OH SHUT UP!)

School is closed, but the JCC is open! Come spend the day with your friends enjoying all that they have to offer. From art, to sports, to science, you're sure to have a blast! Pizza lunch included Monday, March 16 and Friday, March 20.

The Orange and Seminole County Spring Break Camp is as follows:

Registration is required at least 48 hours in advance of each day. Registrations made after this deadline are subject to availability and a $10 late fee. No walk-ins.

This is a special event: On Sunday, March 15th at 2 p.m. in the Maitland JCC Senior Lounge, the movie "A Beautiful Day In The Neighborhood," starring TOM HANKS will be presented. Pizza will be served. The cost is $5.

On Monday, March 16th in the Maitland JCC Senior Lounge, beginning at 1 p.m., ROBBY ETZKIN, Executive Director, will discuss how to volunteer at the J.

(At least to me.) Who knew that entertainer HERB ALPERT was Jewish? I didn't! 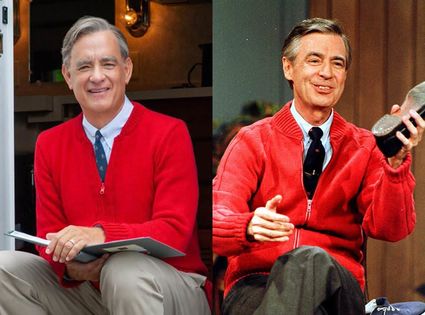 Herb Alpert was born and raised in the Boyle Heights section of Eastside Los Angeles, California, the son of Tillie (née Goldberg) and Louis Leib Alpert. His parents were Jewish immigrants to the U.S. from Radomyshl (in present-day Ukraine) and Romania. (Thought I would mention!)

(This joke is in honor of my son, the psychologist who threatens to have me Baker Acted every time we speak:

Sophia and Hannah are discussing the best ways to make their young sons finish their meals. Sophia says, "As an Italian mother, I put on a fierce look and say to Primo, 'if you don't finish your meal, I'm going to kill you.' It works most of the time."

"Well, as a Jewish mother, I look mine Isaac in his eyes and say, 'if you don't eat the meal I've slaved over all day, I'm going to kill myself.' It works every time."