Biden to AIPAC: 'I support Israel and a Palestinian state' 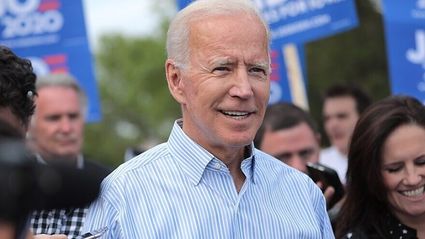 (Jewish Journal via JNS)-Democratic presidential candidate Joe Biden spoke to attendees of the annual AIPAC Policy Conference in a video address on Sunday, stating that he will always support Israel, but that he also believes in a two-state solution for the Palestinians.

Biden said that while he couldn't make the conference because of the ongoing Democratic presidential primary, he had decided to send a video message because AIPAC's "voice matters to me." He also pledged to combat anti-Semitism, and said he never participates in or supports boycotts of Israel.

"I will always call out anti-Semitism, whether it comes from the left, right or center," he said, adding that every generation has to fight for America's values to ensure that the country doesn't give in to hate.

The former vice president also said he will always recognize Israel's right to exist as a Jewish state.

"'Israelis wake up every morning facing an existential threat from their neighbors," he said, citing the constant threat Israel faces on its southern border with the Gaza Strip.

However, he also advocated for a two-state solution with the Palestinians, receiving huge applause from attendees for making the statement.

"You don't have to be anti-Palestinian to be pro-Israel," said Biden, calling the situation in the Palestinian territories a "humanitarian crisis." Citing "Palestinian dignity," he also stated that Israeli annexation of settlements is an obstacle to Israeli-Palestinian peace deal.

Biden called for unity among both Republicans and Democrats, concluding his address by saying, "There is nothing we cannot achieve when Israel and the United States stand together."

This article first appeared in the Jewish Journal.