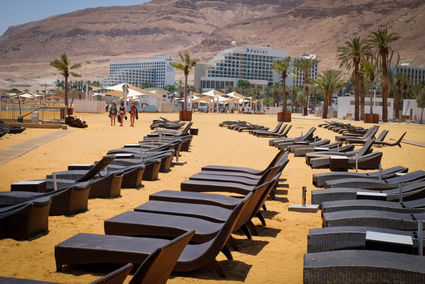 (JNS)-Amid the worldwide tourism slowdown due to the coronavirus outbreak, Israel Hotel Association president Amir Hayek warned on Monday that the hotel industry is "on the brink of collapse."

"Mass layoffs and hotels closing down" lie ahead, stated Hayek, adding that 4,000 of the 41,000 workers in the hotel industry have already been sent on unpaid leave, according to the Globes business daily.

This was the worst crisis in the history of the Israeli hospitality industry, he added.

"If immediate government aid is not forthcoming, mass layoffs will begin, and the sector will lose over half of its employees," said Hayek.

According to IHA statistics, hotel occupancy has dropped to less than 40 percent, which is 30 percent less than at the same time last year. In Tel Aviv and Jerusalem, occupancy rates are even lower at 30 percent, according to the report.

"The expected closure of Israel's borders to tourist entries from the entire world will immediately cost the sector NIS 500 million [$142 million] a month in revenue, NIS 6 billion [$1.7 billion] a year, and hotel occupancy will drop to 20 percent in areas oriented towards incoming tourism, such as Jerusalem and Tel Aviv. There will be massive layoffs, and dozens of hotels will close down," said Hayek.

Some hotels are approaching closings already, he said.