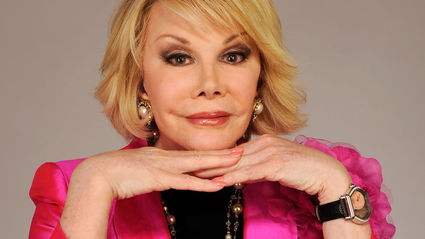 Joan Rivers was a friend. She once said, "whenever I hit bottom, the only thing I think of has been set down by Jerome Kern (another Jew and, of course, a great composer)). "Pick myself up, dust myself off, and start all over again." (Unfortunately, Joan suffered a tragic death.)

(And also a talented Jew) NEIL DIAMOND, recently came out of retirement (he retired 2 years ago because he contracted Parkinson's Disease) to perform in Las Vegas.

(I went to Tilden H.S. in Brooklyn, N.Y. Neil went to rival Erasmus H.S. and so did BARBRA STREISAND, another talented Jew!)

I read this recently and pass it on to you:

"Three dozen regional, national, and international officials from around the world gathered in Munich, Germany for the Second World Jewish Congress International Meeting of Special Envoys and Coordinators for Combating anti-Semitism held to coincide with the WJC Executive Committee's biannual meeting. The two groups came together for a roundtable discussion, led by WJC President Ambassador RONALD S. LAUDER and WJC Commissioner for Combating anti-Semitism, JULIUS MEINL.

Highlighting the recent Yom Kippur attack in Halle, he urged Germany to enact laws to prosecute anti-Semitism and individuals who espouse Nazi ideology and called for the police to be more active in exercising vigilance in protecting the Jewish community and its institutions.

'One of the problems is that the police are not trained for this. How can you expect them to carry out things, when you have marches in Chemnitz and Dortmund, and the police stand by? For us, it is very reminiscent of the police standing by during Kristallnacht, and not allowing the firemen to get there. We want action, not words. We want laws that really mean something.' He said.

(I've been to many parts of the world as an entertainer and a traveler, but have NO desire to visit Germany ever.)

WJC Commissioner for Combating anti-Semitism Meinl also warned of the proliferation of Nazi incitement and violence in Germany, where the memory of the Holocaust is still fresh. (At least in my mind!) On campuses, in politics, on social media, and in the streets, Commissioner Meinl said, the rise of anti-Semitism has become inescapable. 'The shocking attack in Halle, on the holiest day of the Jewish calendar, should serve as a large red flashing warning sign. The motivation was anti-Semitic, the intended victims were Jews, but those who paid the ultimate price were simply in the wrong place at the wrong time,' he said. 'It is the most brutal example of the cost anti-Semitism inflicts on wider society.'

In her remarks, European Commission Coordinator KATHERINA VON SCHNURBEIN stressed the need to enforce the application of existing legislation and to obligate EU member states to both formally adopt and implement IHRA's definition of anti-Semitism. 'There is legislation in place on a lot of issues, including incitement to hatred and violence on the internet, and of course also offline, but the problem is application of legislation. And of course, we may need stricter laws. I think this will probably be part of the debate over the next decade, to balance freedom of speech with hate speech... where is the border where we say we do not tolerate toxic speech that is not necessarily at this point illegal, because it is not incitement?'

U.S. Special Envoy ELAN CARR echoed the concerns of his counterparts in the challenges of contending with incidents that fall into a legal gray area, like harassment, public disorder, or crimes that carry no penalty. 'What I hear from prosecutors and police leaders from all over the world, including the United States, is 'we don't know how to deal with crimes that are barely crimes, but that clearly have an anti-Semitic flavor.' Introduction of tolerance programs for potential suspects or defendants is a critical and effective path for preempting violence,' Carr said, adding: 'Every law enforcement office and every prosecutorial agency must incorporate this as part of their standard operating procedures. They have to force everybody who has even a hint of anti-Semitism to undergo a tolerance program.'

The SECCA forum comprises officials tasked with combating anti-Semitism in their constituency, with participants hailing from dozens of countries, as well as international organizations such as the European Commission, the International Holocaust Remembrance Alliance (IHRA) and the United Nations Educational, Scientific, and Cultural Organization (UNESCO).

On Sunday, April 5th beginning at 2 p.m. in the Maitland JCC Senior Lounge, "Richard Jewell" will be the presentation.

The Laughter Club will take place at the Maitland JCC at 12:15 p.m. It is free for all JCC members.

On Monday, April 6th at 1 p.m. in the Maitland JCC Senior Lounge, there will be an Alzheimer Presentation.

Signs and possible treatment options will be discussed, led by a health professional.

Refreshments will be provided.

On April 2nd at 1 p.m. at the Maitland JCC, the Book Club by Lois Lillig will take place. "Persons Unknown" by Susie Steiner is the topic.

There are so many heroes that we have never heard of, nor are they celebrated in any way, other than by their own families.

One of these is Alfred Rossner. As manager of a confiscated Jewish textile factory in the Bedzin ghetto, Alfred produced goods for the German armed forces. To save the Jewish forced laborers working in his factory, he issued them work permits that exempted them from deportation... even driving into the poorest parts of Bedzin to urge the inhabitants to ignore a summons that would lead to deportation. He saved many Jewish lives. 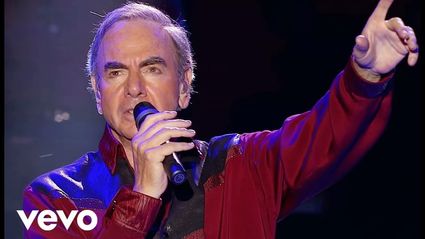 In 1944, the Gestapo arrested him and executed him for his actions.

Moishe was sitting at the breakfast table one Sunday morning reading the News of the World. He had just read an article about a beautiful film star who had announced that she was going to marry a football player who was famous not only for his aggression on and off the field, but also for his lack of IQ and common sense. In fact he was 'thick as two planks'.

Like many men, Moishe loved hearing his own voice and liked to report aloud stories he read from the paper. So he turned to his wife Sadie and said, "I'll never understand why the biggest schmucks get the most attractive wives."

Sadie replied, "Why thank you, darling!"