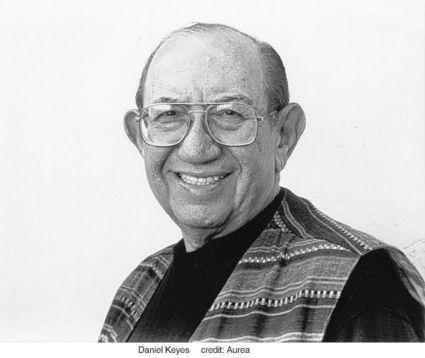 While watching "Curb your Enthusiam" recently, actor/producer/director/writer of the television show (and formerly producer/writer of the very successful television show "Seinfeld" starring JERRY SEINFELD, LARRY DAVID, mentioned my very famous cousin, writer DANIEL KEYES and also one of Dan's books, "Flowers For Algernon," which, by the way, was required reading in most New York City schools.

The book incidentally, was turned into the movie "Charly" starring Cliff Robertson.

Danny's mom and my mom were sisters. We are close family. Unfortunately, Danny passed away a few years ago. We will always be proud of him!

(Incidentally, Larry David and Jerry Seinfeld are also Jewish and, like me, were born in Brooklyn!)

"I refer to British Prime Minister BORIS JOHNSON, who recently pledged to introduce legislation to undermine the Boycott, Divestment and Sanctions movement against Israel.

Some local authorities have voted to support BDS by opposing products produced in the West Bank. If Johnson's legislation passes, the new law would supplant current local law and prevent local councils from imposing boycotts, as well as ban universities from organizing BDS campaigns against any country.

In documents laying out his party's agenda, Prime Minister Johnson said that BDS had fueled anti-Semitism, citing the censorship of Jewish films and threats to ban Jewish university societies.

MARIE VAN DER ZYL, president of the WJC affiliate Board of Deputies of British Jews, welcomed the announcement, noting that the boycott, divestment and sanctions of public bodies 'intimidates Jewish communities in the Diaspora and does nothing to build peace in the Middle East.'

Britain is not the first country to announce3 steps to combat BDS. In May of last year, the German Bundestag passed the first symbolic resolution of its kind in the European Union designating the BDS movement against Israel as anti-Semitic and calling on government bodies to refrain from funding or supporting any groups that question Israel's right to exist.

Days later, in a video message, Prime Minister Johnson unequivocally condemned anti-Semitism and emphasized the importance of the British Jewish population, declaring that 'Britain would not be Britain without its Jewish community' and encouraging Jews to celebrate their unique identity.

'Recent years have not been easy ones for British Jews,' he acknowledged, as anti-Semites 'have been emboldened to crawl out from under their rocks and begin once again to spread their brand of noxious hatred far and wide,' but he reassured his Jewish citizens that they are not alone in their fight against anti-Semitism and that 'every decent person in this country' is fighting by their side."

To change the subject...

Here is some good advice from LYA EISENBERG:

Never blame anyone in your life.

The good people give you happiness.

The bad people give you experiences.

The worst people give you a lesson.

The best people give you memories.

In these days of coronavirus threats, it's great to hear that someone is doing well!

Here is a message just received from our own LARRY H. OKSIN, head of Marketing Solutions/Art Beautique.

JOE CARLISLE, the SLTV producer wanted me to help share some basic marketing, branding and PR ideas with him and their online TV audience." 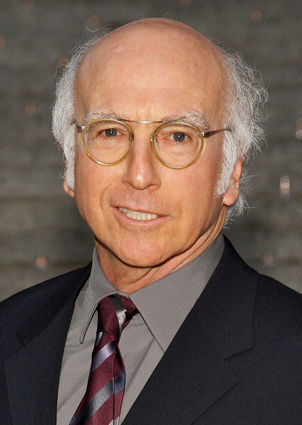 Larry was just interviewed on local TV and did a great job!

Sydney and his wife Miriam join their shul's Hebrew Reading course. At the end of their first week, their teacher, Rabbi Bloom, goes over to Sydney and asks, "So tell me Sydney, what do you think of my Hebrew class?"

"It's not as bad as I thought it would be, rabbi," replies Sydney.

"What do you mean by that?" asks Rabbi Bloom.

"If I'm honest, Rabbi, I must admit that I really only have to learn the first part of every Hebrew sentence."

"Why do you say that?" asks Rabbi Bloom.

"Because, as she always does, Miriam finishes all my sentences for me."