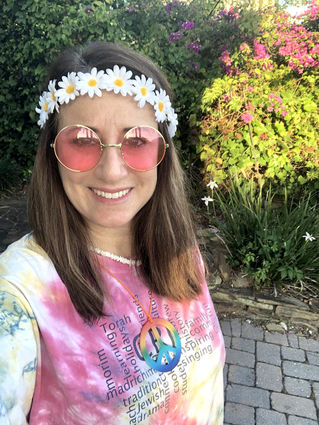 Jewish Academy of Orlando held is first-ever remote model Passover seder with a 1960s-theme for its students, parents and guests using Google Meet. The students told the story of Passover in a traditional way with the four questions, traditional meal (at home), and songs. The 1960s-themed costumes, and songs added to the excitement

Students dressed in groovy 1960s gear with tie dye and more; even the faculty and staff participated.

From the Beatles to Simon and Garfunkle and Neil Diamond, the students sang Passover-themed songs set to 1960s melodies to tell the story.  Each class participated during various parts of the seder. For example, the kindergarteners performed the traditional four questions while the first graders acted out the 10 plagues.

Students were given a checklist of items to have on hand such as matzah, charoset, and maror. That way, they were able participate in the seder.

"The seder requirement/commandment is to tell the story of Passover," said Head of School Alan Rusonik. "Our goal was to do so in a way that engaged every student at home. By using the 1960s songs we were able to tell the story in a fun and exciting way that related to students of all ages." Rusonik added, "Last year's Disney seder and the year before's Harry Potter seder were resounding successes, as they also told the Passover story in an extremely appealing way We had to top it with a theme that truly excited our students and was engaging under these unique circumstances. Thanks to our amazing faculty who pulled off yet another amazing seder. Next year at JAO!" 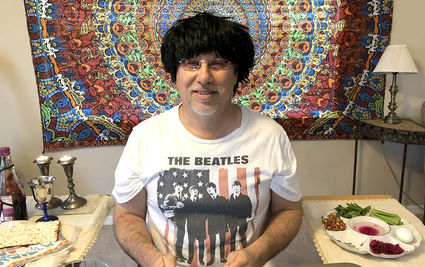 Head of School Alan Rusonik dressed up as one of The Beatles.