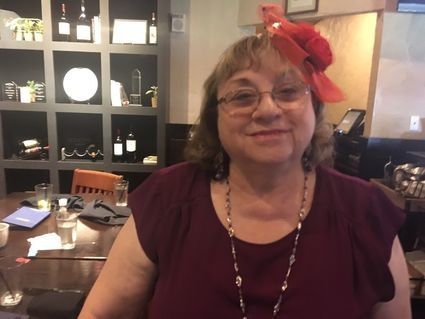 A word about Passover...

Our shared Jewish heritage and traditions bind our global family together, especially during difficult times. And with Passover just ended, we recognize that this year's commemorations were unlike any in recent memory as we found ourselves unable to gather with loved ones, friends and neighbors.

Of course I refer to Auschwitz, which was liberated 75 years ago.

Ambassador RONALD S. LAUDER, president of WJC and chairman of the Auschwitz-Birkenau Memorial Foundation, joined some 200 Holocaust survivors and heads of state from more than 22 countries recently for the official memorial event marking the 75th anniversary of the liberation of Auschwitz-Birkenau on the site of the former German Nazi concentration camp.

Delivering a keynote address at the commemoration on behalf of the Pillars of Remembrance, private donors who support the Auschwitz-Birkenau Foundation and its mission to preserve the authenticity of the memorial site, Amb. Lauder emphasized that it was the scourge of anti-Semitism combined with world indifference that led to the Holocaust. He urged citizens and government leaders everywhere to speak out against intolerance and hatred.

"Today is about you, the survivors, and I cannot begin to tell you how grateful I am that you are here and, in some cases, here with your children and grandchildren. Seventy-five years ago, when Soviet troops entered these gates, they had no idea what lay behind them. And since then, the entire world has struggled with what they found inside. When we hear something that is anti-Semitic, when we hear someone talk about Israel unjustly, when Jews are attacked on your streets, do not be silent. Do not be indifferent. And do not just do this for the Jewish people around the world. Do this for your children, do this for your grandchildren."

When Ronald Lauder first visited Auschwitz with his family in 1987 while serving as U.S. Ambassador to Austria, he found a state of disrepair that threatened the disappearance of the historic site. Committed to its preservation for future generations, he brought in curators from the Egyptian Wing at the Metropolitan Museum of Art in New York to assess the needs and create a plan. With the help of Auschwitz survivors, KALMAN SULTANIK and ERNEST MICHEL, Lauder raised $40 million from 19 countries to ensure the site's preservation.

In 2003, with the financial support of the Ronald S. Lauder Foundation, the Auschwitz-Birkenau Memorial and Museum opened its Conservation Laboratories. The laboratory's mission is to preserve material traces of the camp, including every shoe, every document and every building that remains at the site.

Today, Lauder remains deeply involved in the preservation of the memorial site through his role as Chairman of the Auschwitz-Birkenau Memorial Foundation, a New York based nonprofit organization that was established in 2012.

'Nothing was more important for the 75th anniversary of the liberation of Auschwitz than having the survivors of this horrible place present to help the world bear witness,' said Amb. Lauder. ' The survivors are the direct link. Let the world see them; let the world hear them; make the world remember.'

The WJC is committed to preserving the memory of the Holocaust and of the millions of Jews and countless Jewish communities destroyed during the Holocaust, to advocating on behalf of the survivors and their families, and to raising public consciousness of the dangers of religious, racial and ethnic oppression and persecution.

(Still today, I meet people who are Holocaust deniers. Also, many of the younger generation never heard of the Holocaust, the greatest crime in human history. It is up to us to keep the memory alive!)

Speaking of the younger generation...

Anti-Semitic acts that individual students, groups, and even professors have done to our pro-Israel children and grandchildren on campuses are: (To name but a few. If I named all, I would need at least a two-page column.)

• Disruptions of Israel or Jewish events and speakers.

• The labeling of Zionist students as "white supremacists" by professors or other student groups, because they support Israel.

• Grade reprisals for students who are supporters of Israel and challenge their professor's biased positions.

• Denial of recommendation letter for a student to study in Israel

• Jewish students questioned about their identity or if they have visited Israel when they apply for a student committee.

• BDS debates and votes taking place on Jewish holidays or on the Sabbath.

A note from another Jewish member of the Red Hatter's, JANNY YAPO:

I spoke with one of our member's husbands.

ANNETTE EDELSTEIN is doing well after neck and back surgery.

She is eating solid food and sleeping a lot.

She has a drainage tube in her neck and is receiving physical therapy.

They Do Not have a discharge day yet.

(Annette is one of the sweetest people I know. Glad she is recovering nicely!)

Another uplifting bit of news...

I recently watched the story of SID LUFT on a television special. It mostly covered the years he was married to movie star, Judy Garland.

JCC and JCC39ers Dine Around Town...

(If it is NOT cancelled)

On the Greek Isle of Zakynthos in September 1943, when Nazi officials demanded a list of the island's 275 Jewish residents, Mayor Loukas Karrer turned to local Greek Orthodox Bishop Chrysostomos for help.

As the Bishop negotiated for their lives, most of the island's Jews fled to remote villages where non-Jewish locals hid them. 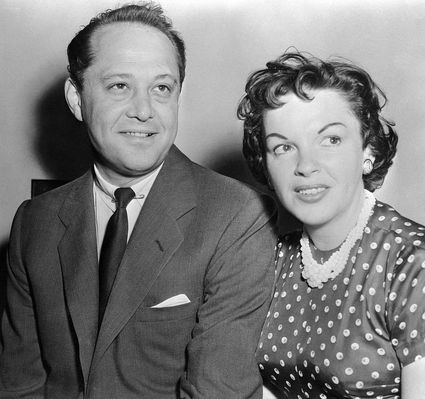 When the Germans again demanded the names for deportation, Bishop Chrysostomos presented a list bearing only two names... his and the mayor's. "Here', he said, "are your Jews."

It's Henry and Diane's second wedding anniversary and for a surprise, Henry decides to send some flowers to her office. He even instructs the florist to write on the card: -

Diane is thrilled with the flowers, but not so pleased with the card. It reads: -

"From Henry. Happy Anniversary. You're Number 2"

(Oy vay. It either means she is his other love or she is feces!)