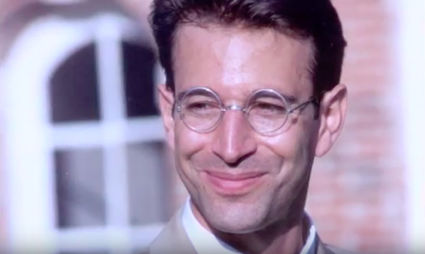 Wall Street Journal reporter Daniel Pearl was murdered by terrorists in Pakistan in 2002.

(JNS)-The four men acquitted in the 2002 kidnapping and murder of Wall Street Journal reporter Daniel Pearl in Pakistan have been rearrested and will remain in custody pending prosecutors appealing the ruling in the country's Supreme Court, announced Pakistan's interior ministry on Friday.

Following worldwide outrage to the overturning of the convictions, the four have been rearrested and will remain behind bars "for a period of three months pending filing of the appeal," said the interior ministry.

The statement emphasized the government's "commitment to follow due process under the laws of the country to bring terrorists to task."

A Twitter post by the U.S. State Department Bureau of South and Central Asian Affairs, signed with the initials of Acting Assistant Secretary for South and Central Asia Alice Wells, read: "We welcome #Pakistan's April 3 statement and the Sindh government's decision to continue to detain those responsible for Daniel Pearl's kidnapping and murder and to mount a strong appeal. The perpetrators of this horrific act of terrorism will not escape justice."