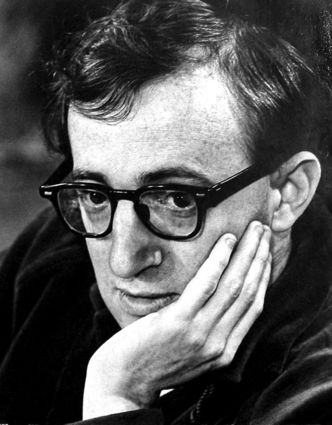 I read this recently in the World Jewish Congress Digest and pass it along to you:

"The WJC, together with UNESCO and the OSCE Office for Democratic Institutions and Human Rights, the U.N. Special Rapporteur on Freedom of Religion and Belief, and the office of the High Commissioner for Human Rights, recently held a high-level workshop in Geneva on the role of education in combating anti-Semitism. The event follows two previous workshops for policymakers held in Warsaw and Paris in May and July, respectively.

Designed for education policymakers, notably those responsible for curriculum development and teacher-training programs, the workshop examined various policy measures government officials can take within the education sector to foster tolerance and dialogue as well as build resilence among young people toward all forms of exclusionary rhetoric and group-based discrimination and violence, including anti-Semitism. A specific session was also dedicated to the development of follow-up activities on the national and regional levels.

'The WJC is wholly committed to strengthening a cross-national understanding of the importance of education in combating anti-Semitism and to underscoring the need for continuous training, action and policy improvements across the board in this field,' Rosensaft said. 'We are deeply grateful to UNESCO and our other partners in these endeavors and look forward to seeing the positive results of these mutual efforts.'

The workshop also included a public event held at the University of Geneva's Graduate Institute of International Studies which included a panel discussion featuring Shaheed, Deputy High Commisioner for the Office of the High Commissioner for Human Rights KATE GILMORE, and President of Swiss Federation of Jewish Communities and WJC Vice President HERBERT WINTER.

'An important thing to recognize is that anti-Semitism is not only an issue for Jews,' UN Rapporteur Shaheed emphasized in his remarks. 'Anti-Semitism is toxic to democracy and a threat to all societies everywhere where this affront goes unchallenged. It is a symptom of a deep dysfunction in our societies. And I am sure we all know anti-Semitic attitudes exist even in countries where there are no Jews.'

The events in Geneva were part of an ongoing initiative by the WJC and UNESCO to combat anti-Semitism through education. The two organizations have also partnered to create

(I know many Holocaust disbelievers who could use some good education!)

I repeat the following...

(If it hasn't been postponed.)

The Jewish Pavilion Spring Grief Support Group is set for Wednesday, April 29 thru Wednesday, June 3, at 10:30 a.m. until noon at Oakmonte Village, 1021 Royal Gardens Circle, Lake Mary. It is a six-week group.

Contact NANCY LUDIN at 407-678-9363 or nancyludin@jewish pavilion.org for more information or to register.

Another Brooklynite I know...

ALLAN STEWART KONIGSBERG, who attended another rival school of mine, Midwood High School. (I went to Tilden H.S.)

I recently saw him in the movie "Manhattan," which he also wrote. And all the music in the movie was written by George and Ira Gershwin, (my second cousins.)

I know! I know! You are asking yourself who on earth is Allan Stewart Konigsberg? Well, you might know him as WOODY ALLEN.

From July 31st thru August 23rd, the show "A Grand Night for Singing," will be performed at the Winter Park Playhouse, 711 N. Orange Avenue Suite B, Winter Park.

Experience 30 classics anew through artful arrangements of the most beloved songs in musical theater history including hits from "Oklahoma", "South Pacific", The Sound of Music", "Carousel", "The King and I", "Cinderella" and more.

For further information, phone 407-645-0145 or email to winterparkplayhouse.org.

While watching television (what I do most of the day and night now that the pandemic is upon us!) I saw a welcoming and familiar face on WESH-TV.

It was Rabbi DAVID KAY of Congregation Ohev Shalom!

Few chose to act during the Holocaust to help rescue Jews. The risks associated with their actions were real, and the consequences deadly. However, some rescuers are well know, for instance, Swedish diplomat Raoul Wallenberg in Budapest; the German industrialist, Oskar Schindler at his factory in Poland; Miep Gies, who hid Anne Frank and her family in Holland. But most are less familiar. Rescue efforts by ordinary people from every walk of life show that individuals have the power to make a difference. One of them is Refik Veseli.

After Germany dismembered Yugoslavia and occupied Serbia in 1941, the Mandils, a Jewish family from Belgrade, escaped to Albania, There Mosa Mandil opened a photography shop and hired Refik Veseli, a 16-year-old Albanian Muslim, as his apprentice. 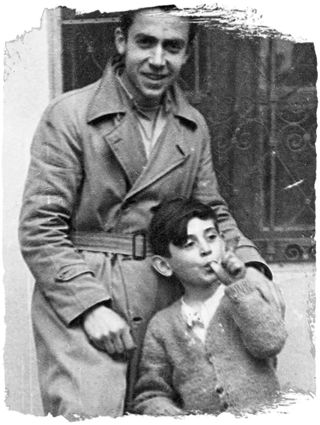 When the Mandils were threatened by deportation after Germany occupied Albania in September 1943, Veseli convinced his parents to hide the family in their home village of Kruje. The Mandil children posed as Muslims while their parents hid in the Veselis' barn until liberation.

Ruth had just stepped out of the shower when she heard her doorbell ring.

"Who is it?" she shouted downstairs.

"It's the blind man," came the reply.

Ruth decided it didn't matter if she opened the door without any clothes on because the man was blind. In fact she thought it would be a rather daring thing to do.

So she opened the door wide and he said, "It's John Lewis from Sears Department Store, Where do you want me to put these blinds?"