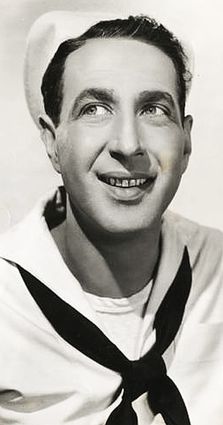 Stuck in the House...

By now I'm sure I proudly mentioned that I was a Navy mom several times. I must do it again! Being stuck in the house, what put a smile on my face (almost continuously) was watching certain TV movies. "On the Town," about three sailors in Manhattan, was one of them. My eldest is a Navy commander, my middle guy is a psychologist who worked with recruits at Great Lakes Naval Base and my youngest served in the Navy on a minesweeper in the Persian Gulf. Frank Sinatra, Gene Kelly and Jules Munshin starred in the movie. (Jules, a member of our tribe.)

And if that wasn't exciting enough, the movie that followed was my all-time-favorite, "Singin' in the Rain." (I even saw "The Jazz Singer" starring Al Jolson! Jolson, a Jew, portrays a Jew as well, in the movie.

That same day, I watched an Israel Beilin (Irving Berlin) musical, "Top Hat" with Fred Astaire and Ginger Rogers. (I started my show biz career as a dancer!) Turner Classic Movies had me smiling all day inspite of my being stuck in the house!

Getting rid of anti-Semitism?...

I read the following in the April issue of World Jewish Congress and pass it along:

During the March 2019 edition of the Belgian City's carnival, racist and anti-Semitic caricatures were openly on display, including a float featuring two giant puppets of Orthodox Jews with hooked noses on top of money bags. Participants have also dressed as members of the Ku Klux Klan and Islamist terrorists. Again this year they were prepared to use stereotypical cartoonish representations of Jews and Muslims.

Commenting on the decision, WJC President Ambassador RONALD S. LAUDER said, 'I would like to thank UNESCO and its Director-General, Audrey Azoulay, as well as the committee members, for taking a principled stance against anti-Semitism and ensuring the removal of the Aalist Carnival from the Cultural Heritage List. This list is meant to preserve traditions, for future generations. Parading larger-than-life puppets of hooked-nose Jews through the streets of European cities is one we should soon forget. There is no place for this sort of hateful symbolism in the 21st century. He continued: 'Although the carnival will still proceed, despite the delisting, I call on the organizers to distance themselves from this hateful imagery, if only for the sake of ensuring that their children will grow up in a more tolerant world.

Lauder went on: 'The use of anti-Semitic imagery, whether knowingly or not, has long been deeply ingrained in many cultures. We all must work together to ensure that this type of behavior is nothing more than a distant memory and a footnote in history books.'"

(I just found out that Ronald S. Lauder is the son of Estee Lauder!)

Local purse designer, JILL GOLDSMITH saw the need for facemasks for seniors and launched "The Facemask Challenge" on behalf of the Jewish Pavilion.

She alone has sewn close to 100 masks to help our seniors in eldercare facilities.

Kudos to Jill and her other sewers for helping to keep our seniors safe and sound.

For more information or to help participate, visit the Jewish Pavilion Facebook page or phone 407-678-9363.

A super-talented musician, PAUL VANDERWERF, is a member of Chicago's (and world famous) "Music of the Baroque." (The late concertmaster, Elliot Golub, was a beloved member of my extended family.)

Paul is a master of violin, viola, etc.

Because of the coronavirus, planned concerts of the "Music of the Baroque" scheduled for April 5th and 6th were cancelled. Instead, they recorded the famous "Air" from Bach's "Orchestral Suite No.3 in D major, all the musicians together, from their individual homes.

(What a treat! If you enjoy hearing superb music, the group's 50th season is coming up!)

Twice in Less than Two Weeks!...

(I'm thrilled and proud! So is Danny's sister, my cousin GAIL MARCUS of Boynton Beach!)

Monty meets up with his friend Cyril in the Park. 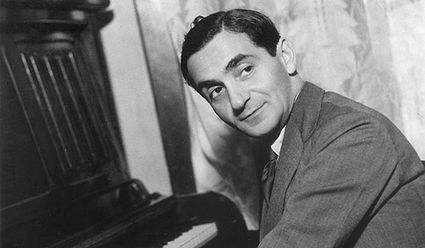 "Oy Vay iz meer, do I have a problem," replies Cyril. "The Credit Crunch is killing me-I just have to raise $200,000 in the next fortnight or else my 20-year-old business is doomed."

"Don't worry, my friend," says Monty, "You can easily overcome your problem."

"But I don't have any shoe-laces," says Cyril.

"Oy, then you have a problem," says Monty.

(Actually he is lucky the coronavirus didn't shut his business down!)