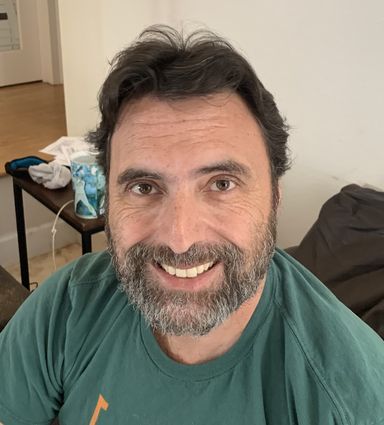 A message from KEITH DVORCHIK, CEO of Jewish Federation...

"As the wind blew and the rain fell recently, I found it symbolic of the changes we have been dealing with over the past 6 weeks. Storms roll in, creating chaos, and then leave, allowing us to regroup and move forward. During these uncertain times, it has been amazing to see our synagogues and agencies join together to provide for the needs of our community. It's been exciting to see the interest level in programming increase and more people participating in Jewish life.

Recently, we began our Great Expectations: Peer Pregnancy Discussion Group. If you are expecting or recently had a child, this is a great way to connect with others who are pregnant or recently had children and build a support group. And if your child isn't getting PJ Library or PJ Our Way books each month, make sure to subscribe now. Remember they are a gift to you and your children from the Jewish Federation of Greater Orlando.

P.S. -- You probably noticed that I'm looking pretty scruffy in my Fed Friday photo this week. I am refraining from shaving until the evening of May 12, the Federation's Community Virtual Bonfire and Picnic for Lag B'Omer. You'll want to make sure you sign on for what promises to be a very fun and very unique celebration, hosted by the Federation's Yael Weinstein. (And yes, I will be shaving live on camera)."

Incidently, Keith with the unshaven face is still super-handsome. (I can say that cause I'm over 80! OOPS!! I meant to say over 50!)

I read this in the World Jewish Congress digest and found it super-interesting so I pass it along:

"Bolivia has one of the smallest Jewish communities in Latin America, with approximately 400 members, most of whom live in La Paz.

The Jewish presence in Bolivia dates back to the period of Spanish conquest and colonization that started in the early 16th century, when it became one of the primary destinations for Spanish Jews who had formally converted to Christianity and became known as Marranos.

With their eventual economic successes. They became picked-on by locals and still persecuted by the Inquisition. As a result, most fled to Santa Cruz, at the time a remote settlement and much safer.

In 1905, a small number of Russian Jews settled in Bolivia, followed by some Argentinian Jews.

The rise of Nazism in Germany led to a significant growth of Jews in Bolivia, including 12,000 German Jewish immigrants. Eventually, many moved on to Argentina, the United States, Chile and Uruguay. Bolivia served as a transit route for them and kept them safe!

With pandemics like this coronavirus and a rise in anti-Semitism in the world, what will the future be like for us? (Actually, I don't have to worry because I'm over 50! OH SHUT UP!)

The WJC and the Jewish community of Slovakia expressed deep concern that 22 gravestones in a Jewish cemetery have been damaged by unknown vandals just a week after 60 gravestones were damaged in a similar manner in another Jewish cemetery in Slovakia. So far, until these incidents, anti-Semitism was rare in Slovakia. The Jews living there have been fortunately spared but lately it has become sadly clear that a climate of hatred is spiraling across Europe.

The Jewish Pavilion Grief Group, a six-week program, was postponed due to the pandemic. It was to take place at Oakmonte Village in Lake Mary.

For new details, contact NANCY LUDIN at 407-678-9363 0r email her at nancyludin@jewishpavilion.org

Not at all surprised!...

Since writing this column (for more than 40 years. I started when I was 10), I have come to realize that most of the talented songwriters of our beloved great American songs were Jewish.

This particular song, and many other beloved songs of the 30s and 40s were written by Burton Levy, a New York Jew. (You probably know him as Burton Lane.) Incidentally, he discovered Judy Garland when she was only 13 years old!!

(Gee she started around the same time I did!)

This is just a thought of mine:

This past Passover, reading from the Haggadah of our miraculous Exodus from Egypt, why wasn't Moses ever mentioned? He was the most important part of the story as he led our people out of Egypt and into the promised land of Israel.

Moses, who with great courage led his people from slavery to freedom.

(I did receive a Haggadah supplement recently from The Jewish Foundation for the Righteous making sure that Moses was mentioned!)

Moshe was talking to his psychiatrist. "I had a weird dream recently," he says. "I saw my mother but then I noticed she had your face. I found this so worrying that I immediately awoke and couldn't get back to sleep. I just stayed there thinking about it until 7 a.m. I got up, made myself a slice of toast and some coffee and came straight here. Can you please help me explain the meaning of my dream?" 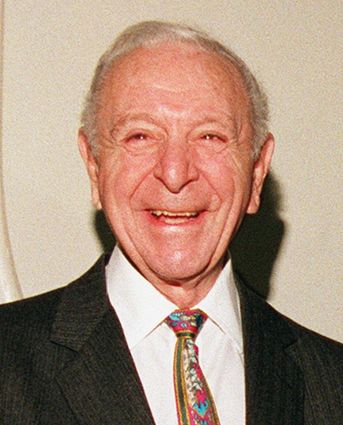 (Oy vay! Sounds like a Jewish mom to me!)