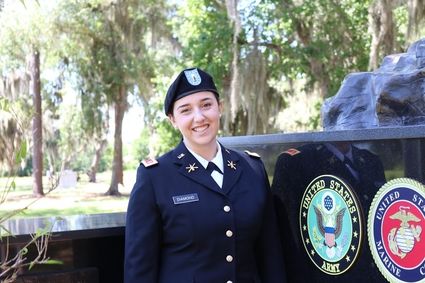 On May 1st, Yael Diamond of Winter Park received a commission as an officer in the United States Army. Due to social distancing the ceremony took place at the Orlando Veterans Memorial Park online via Zoom conference.

Diamond attended the Hebrew Day School (now the Jewish Academy of Orlando), Winter Park High School and on May 2nd graduated from the University of Florida.

She earned bachelor's degrees in both International Studies with a Middle East emphasis and Political Science.

At UF, Diamond was elected to the student government senate, was an active sister in Alpha Epsilon Phi s...