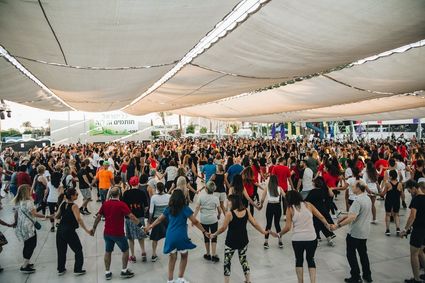 RAANANA, Israel (JTA)-Like all other mass gatherings now, Israel's Karmiel dance festival, one of the largest of its kind in the world, was postponed.

The annual fest, which takes place at the end of June, draws thousands who take part in one of the country's oldest passions: Israeli folk dance.

Those in the know say some 200,000 Israelis across the nation attend regular Israeli folk dance, including public and private sessions called harkadot, on beachfronts, sports facilities and more.

To cheer up those disappointed about the Karmiel fest and others around the world, instructors in the U....