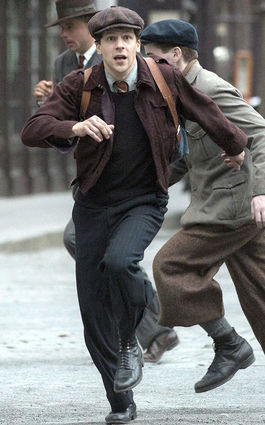 On the recommendation of a friend, I rented the freshly released film "Resistance" on Amazon Prime. Starring Jesse Eisenberg, the film is a small peek into the true story of the rescue of tens of thousands of orphaned Jewish children in France by the Oeuvre de Secours aux Enfants. I already knew about the many children who were swallowed up into the safety of the Swiss alps, what I didn't know was the true story of Marcel Mangel-later known worldwide as the mime artist Marcel Marceau-and how he saved at least 70 Jewish children through risky border crossings into Switzerland during World Wa...