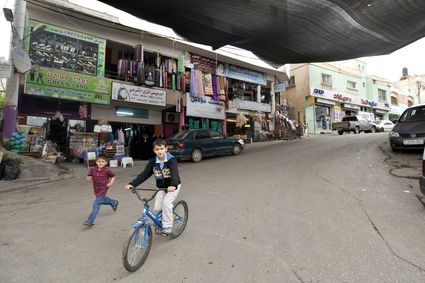 Palestinian boys head towards the "Green Line" that separates the Arab village of Bartaa, which straddles the 1967 border between Israel and the northwestern tip of the West Bank, April 29, 2012.

JERUSALEM (JTA) - Election rallies for the Arab parties in Israel rarely garner much attention or excitement. But recent policy proposals engineered thousands of miles away may have re-energized a once stagnant and unreliable voting bloc.

The peaceful Arab village of Bartaa, home to about 4,500 residents, is located in the northern Triangle region, not far from the city of Umm al-Fahm. The inhabitants are all Muslim; most of them are members of the Kabha family. Despite its relatively remote location away from the main road that connects the coastal plain of Israel with the northern vall...